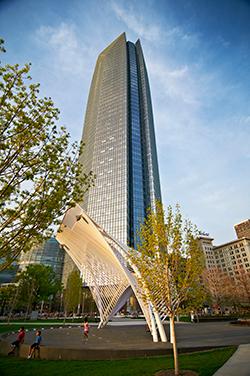 Oklahoma City has been making some noise lately. Top national rankings in 10 different quality of life categories. Billions of dollars in city and education improvements. New corporate locations. The fastest growing entertainment district in the southwest. And the list goes on for the state’s Capital City and the ten-county metro area that is home to 1.2 million.

Location
Oklahoma City is strategically located in the center of the continental U.S. and at the crossroads of the nation’s interstate highway system - I-35, I-40 and I-44.

Quality of Life
Oklahoma City has become a sophisticated city – with great restaurants, countless arts and cultural opportunities, professional sports (including the new NBA Oklahoma City Thunder) and a cost of living that is 13% below U.S. average.

A Better Living, A Better Life – that sums up today’s Oklahoma City.