From national travel to new development opportunities, Greater Oklahoma City’s array of airports have much to offer companies looking to locate here. 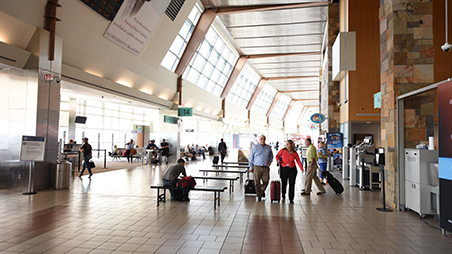 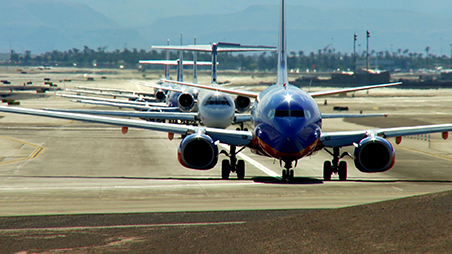 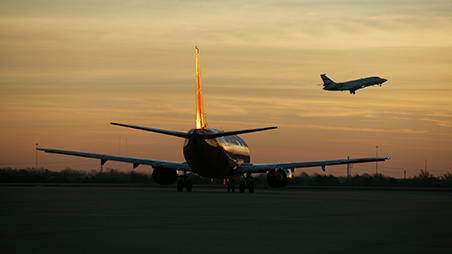 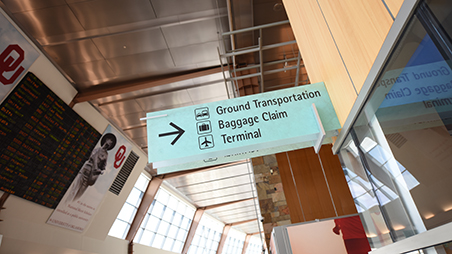 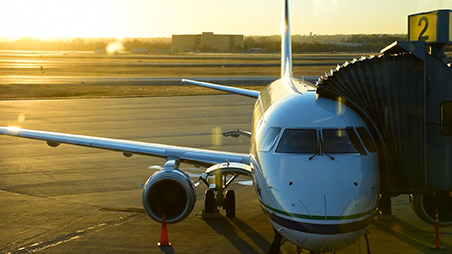 Seven commercial carriers serve WRWA: Alaska Air, Allegiant, American, Delta, Frontier, Southwest and United. Nonstop service is available to 30 airports in 23 U.S. cities including Los Angeles and Washington, D.C. (with NYC-LaGuardia coming soon). The airport is fresh off a
$110-million renovation that enhances the traveling experience for the more than 3.9 million annual passengers who board the 85 flights each day. 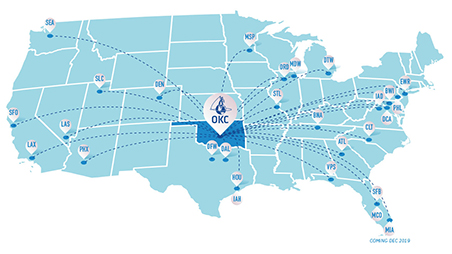 The airport is home to 70 companies that employ 12,000 people. Major tenants include: 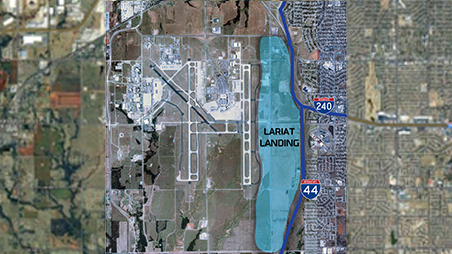 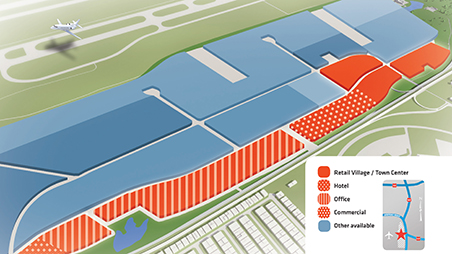 Cleared for takeoff: Lariat Landing. Will Rogers World Airport sits on more than 8,000 acres of land and provides a wide array of development opportunities. One current project is Lariat Landing. This multi-use, multi-industry, 1,000-acre development complements the airport’s core functionality as a first-class transportation facility.

Sites are adjacent to the airfield for easy taxiway access and a major highway artery, I-44. Tenants enjoy Foreign Trade Zone advantages, incentives for qualifying projects and many nearby amenities, including a short drive to downtown Oklahoma City. 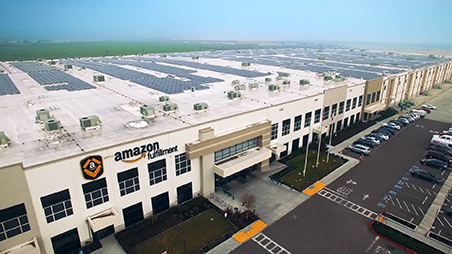 Amazon anchors Lariat The e-commerce titan’s first Oklahoma fulfillment center launched operations at Lariat Landing in 2019. The 2.5-million-square-foot facility brings 1,700 jobs (and thousands of small robots) to the OKC area, along with a total payroll of $11.5 million in the first year. 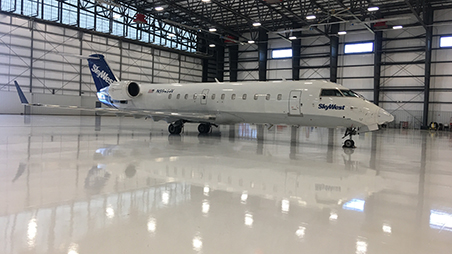 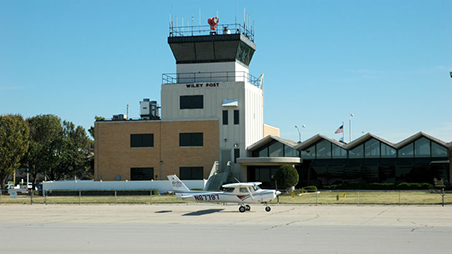 A world-class reliever airport for WRWA, Wiley Post Airport (PWA) functions as a major center for corporate and business aviation. It was named for the Oklahoma aviator who was the first pilot to fly solo around the world.

Located in northwest Oklahoma City, PWA offers a thriving environment for aviation-related industries such as major overhaul and maintenance, avionics repair, paint and interior. More than 62,000 flight operations are logged at PWA each year and the airport provides a base for more than 480 aircraft in its fully-leased hangars. 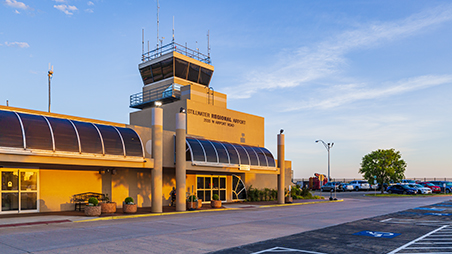 This is the fourth-busiest airport in Oklahoma with 80,000 flight operations annually. The Stillwater Regional Airport (SWO) is the closest airport to Oklahoma State University and it offers direct flights to American Airlines’ largest hub, Dallas/Fort Worth International Airport.

Seventy aircraft based at the airport includes 64 single-engines, 5 multi-engines, and 1 helicopter. The airport has a local economic impact of more than $70 million annually and either directly or indirectly contributes to 663 jobs in the community.

Located 30 minutes south of Oklahoma City in Norman, Max Westheimer Airport is a regional business field servicing general aviation aircraft including business jets. A reliever airport of WRWA, Westheimer is a full-service airport with 120 based aircraft and handles more than 50,000 operations per year. It has a staffed control tower, instrument landing system and an Automated Weather Observation System with thunderstorm and lightning detection. The airport is owned and operated by the University of Oklahoma. 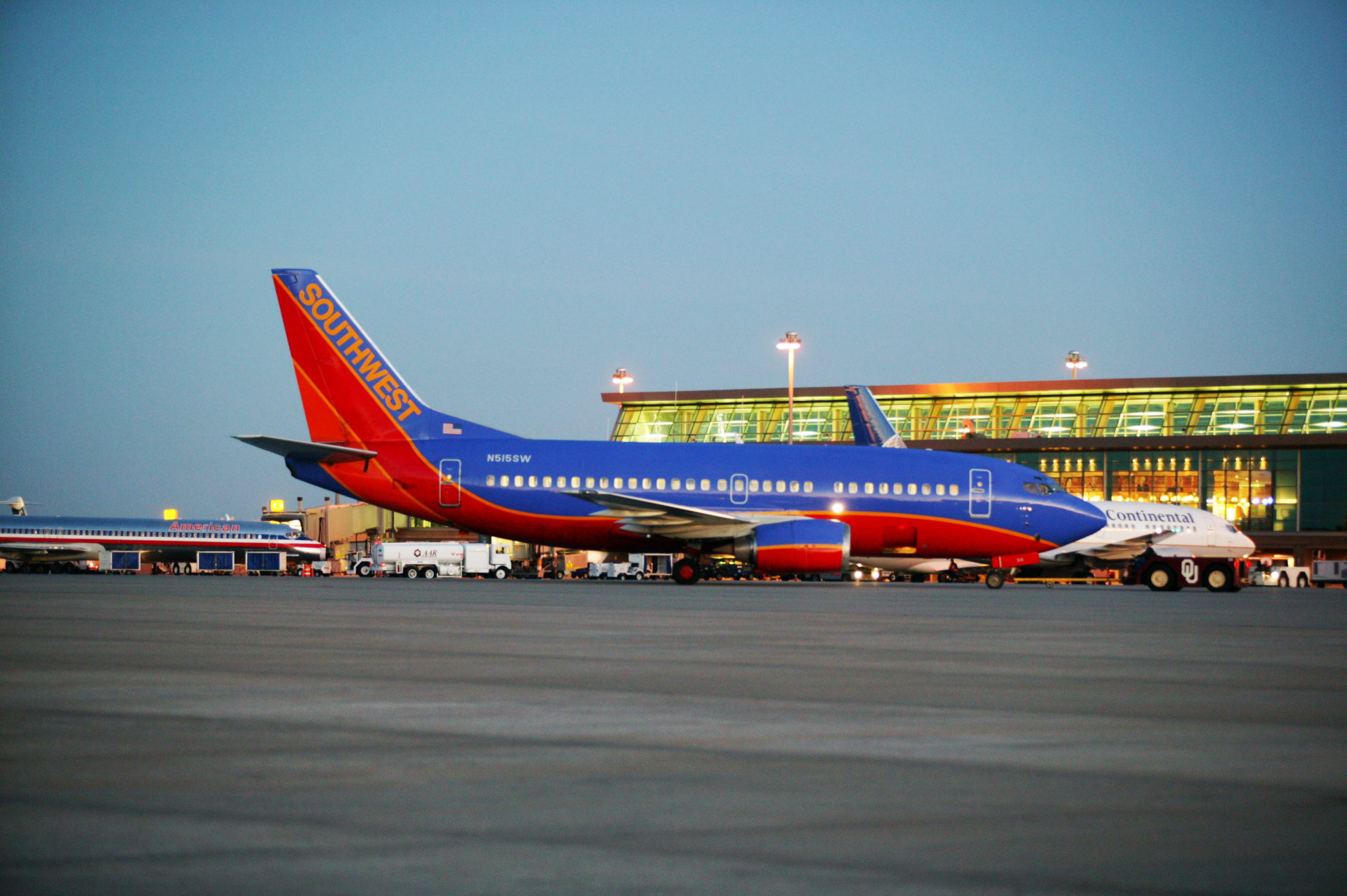