Beyond recreation and serious sport, the river is also a place for solitude  being alone in a boat, looking back at the world.

A RETURN TO THE RIVER,
A CENTURY LATER

Kayaks atop cars and in stores have become a fun, familiar sight around town.

What for so many years was a no man’s land  one that divided the city into north and south  is increasingly serving to bridge the divide. So, after a long absence, there’s a significance in seeing more and more people flock to this born-again river.

Beyond athletes and visitors from around the world, the transformation has drawn countless mayors and chambers of commerce to the riverfront in search of ideas to take back home. The story of MAPS and the Oklahoma River is one for the ages.

It’s evidence of what can happen when believers buck convention and engage imagination. When higher standards are set and expectations are exceeded. The Oklahoma River is a case study on innovation  in architecture and engineering, sports, recreation and urban development.

A decade of outreach and league development has produced paddlers who’ve gone from water-averse to skilled and confident competitors. Like Max, the boy who dreamed of playing Major League baseball  and was good at it  until “everybody outgrew me.” Then, in high school, he tried rowing and discovered a remarkable niche as coxswain. It took him to college, where he helmed the powerhouse team at Cal Berkeley.

Max Blumenthal discovered a natural talent as coxswain in OKC and in 2011, was named the top male junior coxswain in the U.S. He went on to join Cal Berkeleys team and will make rowing a lifelong passion.

Lives have been changed, titles and college scholarships won. But it’s just the beginning. The Oklahoma River will make another leap as its whitewater course develops the skills of students in yet another Olympic sport  known as kayak slalom, or canoe slalom. Whitewater, adjacent to a flatwater course, makes it the only urban river to offer both.

An urban outdoor culture has emerged. It started with 13 miles of paved trails at the edge of downtown that brought runners, cycling and skate enthusiasts to the river. Boathouses brought rowing and kayaking. The whitewater course now attracts rafting, tubing, surfing and canoe slalom crowds.

As the list of attractions grows, so does enthusiasm for spending time enjoying urban Oklahoma City. TheCoolist named the adjacent climbing gym one of the top ten in the world.

The towering ropes course and zipline (visible from I-40) are high-profile thrills that attract adventurers, along with a growing list of ways to keep them engaged. Pint-sized versions of the big attractions assure families everyone will be happy and active, and earn repeat visits.

ECHOES OF ANOTHER ERA

A planned development on the far shores of the Oklahoma River is a neighbor to the Boathouse Districtthe newly-imagined Wheeler District. Transplanted from the Santa Monica Pier, the Wheeler Ferris Wheel evokes Oklahoma City’s golden-age amusement park, Delmar Gardens.

The illuminated Wheeler District Ferris Wheel and larger-than-life OKC sculpture are a favorite spot for photos and climbing.

The Ferris wheel was refurbished and more than 100,000 LED lights were added before it went into operation July 4, 2016. With its lights reflected in the Oklahoma River, the 100-foot Ferris wheel is a sight for miles around and the climbable OKC sculpture is a must-do photo op.

And on the same site as Delmar Gardens today is the historic Farmers Market District, a trendy of hub of artisanal shops and other haunts, including a craft brewery. It’s an increasingly vibrant scene, right near the river. And the food truck court is named Delmar Gardens.

Anchor of todays resurgent Farmers Market District stands on former Delmar soil, drenched in history. The iconic 40,000-square-foot, mission revival-style theater/market opened in 1928 with fresh produce on the first floor, and on the second, dances, boxing, roller skating and a stage where stars like Hank Williams, Bob Wills and Count Basie shone.

Meanwhile, the media has noticed the deep change in this city. The river has been an engine of a long renaissance.

Wired cites the Oklahoma River’s “walkways, performance spaces, shopping and angular glass and steel boathouses” along with its “newest feature, an 11-acre whitewater kayaking and rafting site.” The writer describes a hub of sport, recreation and entertainment that recalls the destination that defined the riverfront a century ago. Read the article here.

In sunsets reflected in boathouse glass, in the dreams of Olympic hopefuls and in waters that changed the course of a city, a good bit of gold has already been won. 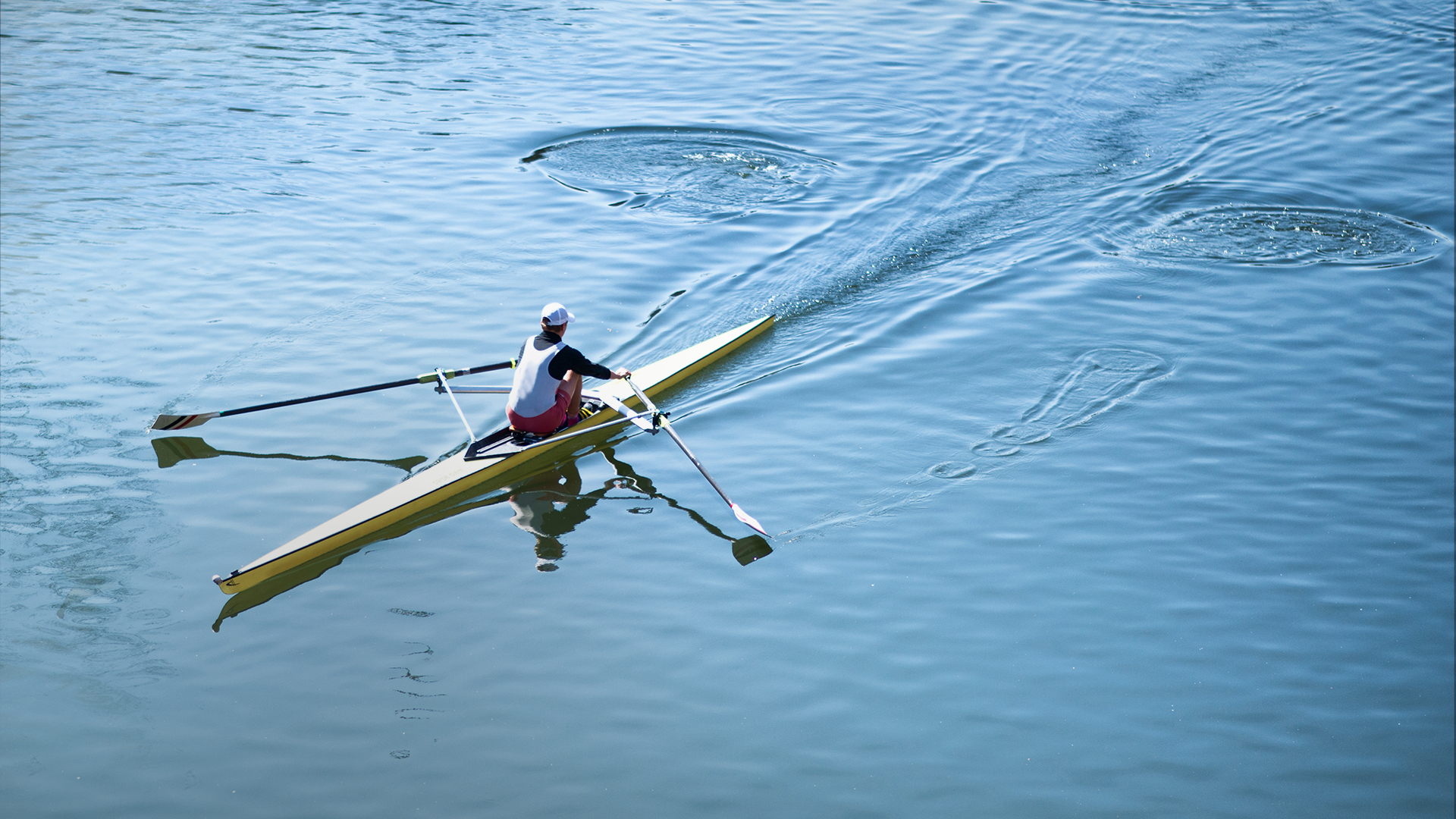