“Create a boathouse as unique as the sport.”

The collaboration between visionary philanthropist Aubrey McClendon and equally inventive architect Rand Elliot aimed to excite citizens as well as command interest from the international sport and architectural worlds.

Elliott dove into the ancient sport of rowing with typical gusto, gathering books on its origins and traditions, the mechanics of oarsmanship, the aesthetics and the spirit of it  an often-mystical communion between rower and water.

The building would occupy what otherwise was planned as a parking lot  albeit one with a panoramic waterfront view. In December 2002, the first ideas for a new kind of boathouse were laid down in Elliott’s sketchbook.

The architect soon presented his concept  sketches, drawings and digital renderings. Sure enough, it was unlike any boathouse before it. Budget approved, design development began.

By 2003, the rowing world had already taken notice. In July, Rowing magazine published renderings of the planned boathouse three years ahead of its completion, along with a feature story on the river and its fast-growing rowing programs.

The story’s introduction summed up the inherent fascination:

Oklahoma. When most people think of the Sooner State, they think of  football, the musical, the Land Run, or country music superstar(s). It is certainly not the first place that comes to mind when the sport of rowing is mentioned.

BOATHOUSE AS A LANDMARK

Elliott’s Chesapeake Boathouse was conceived to evoke a rowing shell  “light, needle-thin and fast.” Translucent polycarbonate walls would make the sculptural structure seem buoyant. A reflecting pool would wrap around the “bow” to create a floating effect. Sixteen steel columns would represent competition and teamwork.

Everything about this boathouse announced a dynamic, highly energized future  an exciting modern era of paddlesports. It was the first boathouse modeled to conjure the ageless grace of rowing -- an orchestration of muscle, vessel and oar.

The Oklahoma River Championship course and the Chesapeake Boathouse provide the type of world-class setting these Olympic hopefuls deserve.

In 2006, the Chesapeake Boathouse arrived as a startlingly original work of architecture. Bearing no resemblance to the traditional structures seen across the East coast and the U.K., it was a statement about the pioneers who raced to stake a claim on a rough-and-tumble prairie  risk-takers who leaned into the future.

The boathouse made a multinational splash, simultaneously striking a nerve in the design and rowing worlds. Mainstream media soon joined the fray as cities began to envy the upstart river  where??

If this is the new American architecture, please bring on more.

On the “deck” of the Chesapeake Boathouse, the first boathouse dedication here honored the tradition of christening a ship by whacking a bottle of Champagne across its prow (or simply spraying the stuff everywhere). It was 2006; the ritual would be repeated.

Future boathouses and elite training facilities here were well past the drawing board. The river and its rowing infrastructure became the Boathouse District, one of a constellation of distinctive neighborhoods in OKC’s urban core, bringing an unexpected dimension to the whole.

By 2008, the Chesapeake Boathouse had established a full calendar of programs – classes, competitions and ambitious events. Dozens of corporate and collegiate teams took to the water, with high school programs and scholarships on the horizon.

Soon the Chickasaw Nation had founded its Youth Rowing Program here, underscoring the cultural connection Native Americans have to canoes. Dragon boat races added more color to the spectacle. Retailers gamely ramped up their inventories of kayaks and paddles. It was all about growing the sport of rowing. Here.

U.S. Olympic Committee officials had heard much about the excitement surrounding this unexpected place  its programs, its architecture and the community’s embrace of both. They’d heard from Ivy League rowing teams who’d come to compete and returned home, excited and thoroughly impressed.

The buzz brought officials to the Oklahoma River to size it up for themselves. Headlines were made as they promptly awarded OKC the distinguished honor of hosting the 2008 U.S. Olympic Team Trials for Canoe/Kayak. It was a test this river passed with flying colors.

And it seems there’s nothing like hosting an Olympic event in an out-of-the-box venue to catch the eye of an alert editor. Two days after OKC’s the team trials, The New York Times published a seminal article announcing the unexpected rowing mecca. It appeared on the city’s 119th birthday  a gift no city father could have fathomed.

The city has become a mecca for elite water sports  take that, John Steinbeck.

The article noted that six months earlier, a crowd of 50,000 attended a rowing championship among Olympic athletes from far-flung countries, including Australia, New Zealand and the Czech Republic. Noted, too, were the fact that three local universities had begun varsity rowing programs and scholarships.

And yet, it was only the beginning.

With momentum riding high, it was important to get a master plan in place. The architecture – already acclaimed – remained in the hands of Rand Elliott.

Considering the waterfront as a whole, and applying the efficiencies in having boathouses close together  as few are for most venues  lent itself to a bold conceptual design framework. The riverfront became a “race” among competing “boats.”

The Devon Boathouse was positioned with its angular “prow” pressing forward, breaking the river’s edge.
For its dock, a notch was cut into the bank beside it.

So, the footprint was drawn for this and future structures to join the lineup, ready to row. 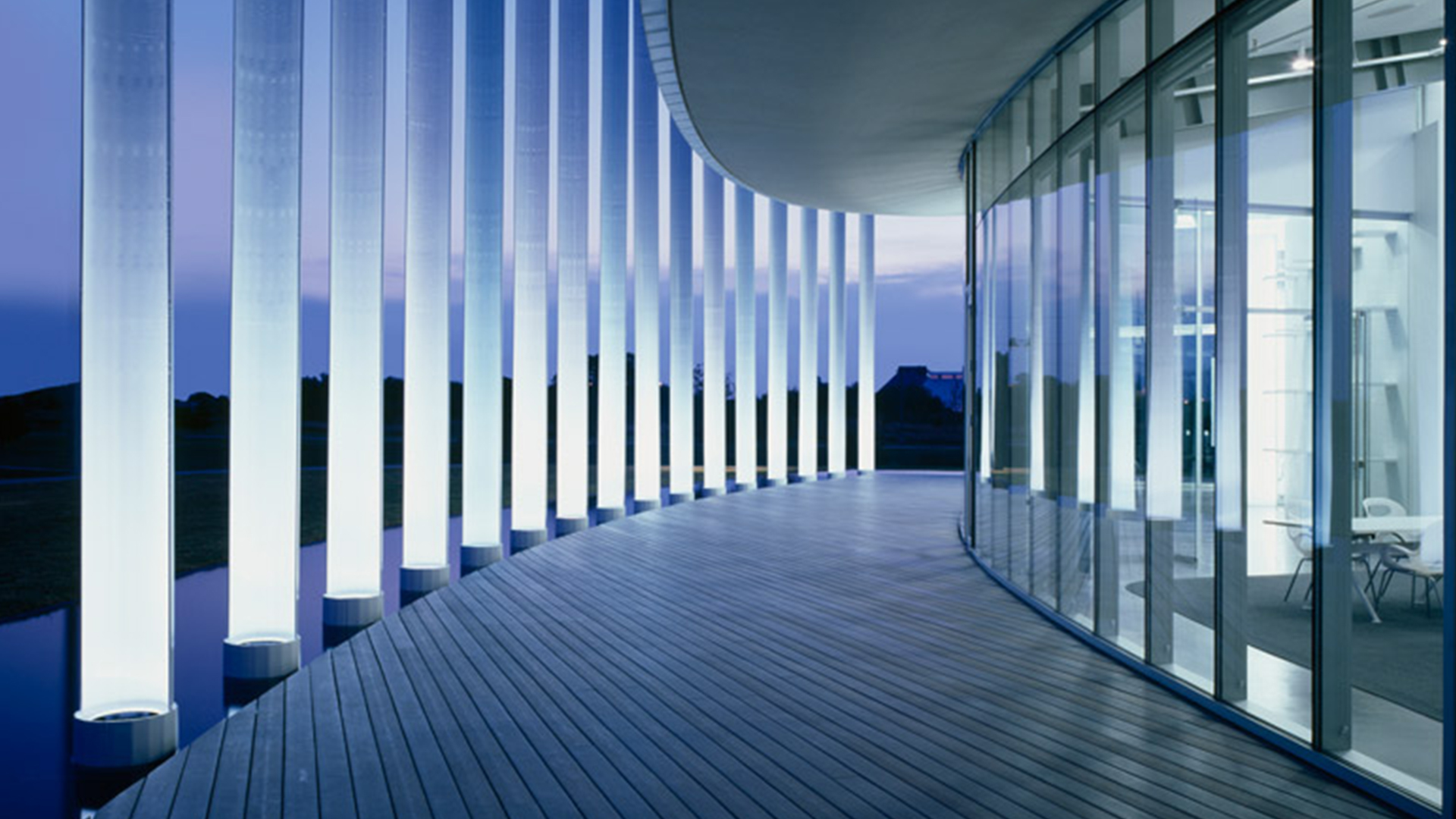