The last five years have seen a quantum leap in Oklahoma City’s inventory of ambitious, one-of-a-kind restaurants. With a keen instinct for what’s needed next  and where  a handful of savvy chefs and entrepreneurs has broadened the city’s culinary horizons. Here we explore the URBAN CORE for chef-driven destinations  new or early and pivotal  that have a booming restaurant scene ablaze. 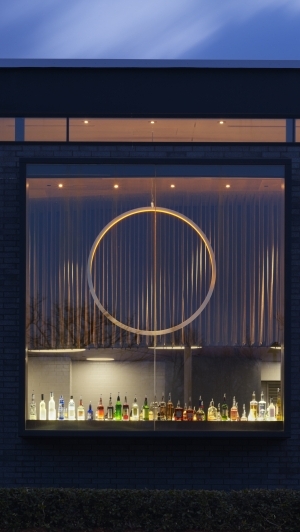 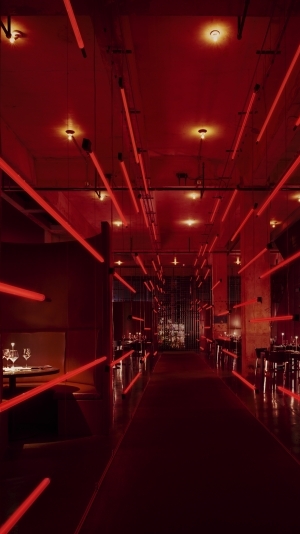 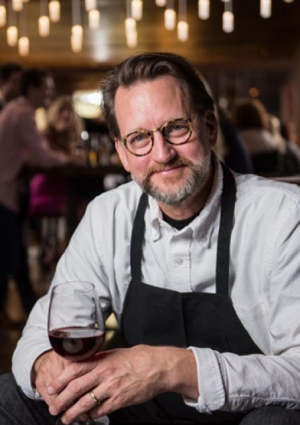 As a movement, “farm-to-fork” makes infinite sense in OKC: It’s in the middle of an agricultural state. And Oklahomans are just as fond of celebrity chefs, cooking shows and edible adventure as the rest of America has become.

Cue a multitude of neighborhood farmer’s markets, connecting civilians as well as chefs with the people who grow our food. Being engaged with nearby farmers and ranchers  as well as distant sources of seafood and fish  has raised the bar and is redefining dining in Oklahoma City.

Chef Kurt Fleischfresser has pioneered gastronomy in OKC since the ‘80s, when he began using grass-fed, Oklahoma-raised meats and local produce, including ingredients from his own garden at The Coach House. Now at THE HUTCH, Kurt is general manager with Chef David Henry helming the creative and fresh menu. 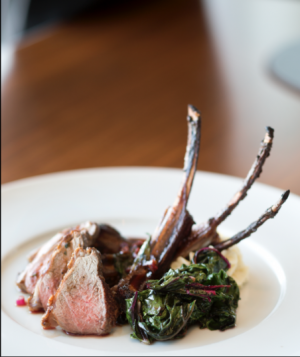 A decade ago, Kurt bought the culinary crown jewel he had nurtured for 26 years. It’s where his chef apprenticeship program has flourished, training new talent and elevating restaurant kitchens all over town.

In 2009, Kurt became one of only four American chefs to be honored with the Medaille de Merite by l’Academie de Brillan-Savarin. The others? The late Julia Child and late celebrity chef Paul Prudhomme, as well as Hawaii’s Alan Wong.

Kurt now also helms several other hot spots on uber-hip Western Avenue. And a year ago, he and his team reinvented two signature restaurants at the sleek Devon Energy campus downtown.

High atop the 52-story Devon Tower, VAST is a suave culinary experience with spectacular views. In Kurt’s hands, it soars. 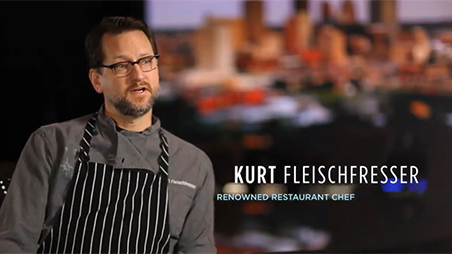 Misters and heaters promise near year-round enjoyment with views that open onto the adjacent Myriad Gardens. (Devon executives liken Flint to the landmark L.A. restaurant, the Ivy, renowned for its outdoor experience as well as its menu, wine list and celebrity sightings.) 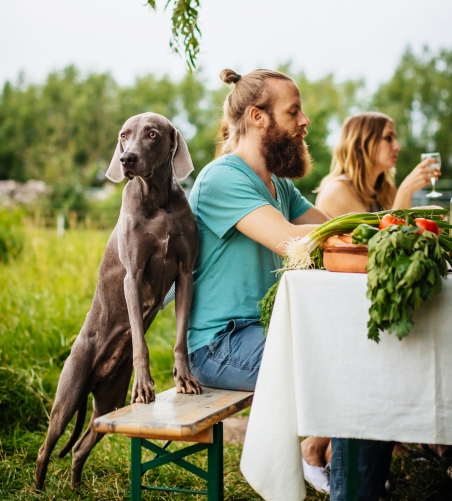 Being mindful of the origins of our food  where it was raised, and how  is still somewhat new (although it’s the way it was across America until about 1945). Today producers and chefs alike are astute about the changing tastes of an ever-more discerning public. And there’s an emotional attachment to the romance of Oklahoma’s rustic, agrarian roots.

Many chefs have forged partnerships with Oklahoma farmers and ranchers. The Oklahoma Food Cooperative has offered that connection to the public since 2003. Members have access to 5,000 items from about 100 producers via a monthly ordering and pickup cycle, producing a more enlightened population.

Although few serious chefs in town today aren’t using all the local protein and produce they can find, LUDIVINE chef/owner Russ Johnson has taken it further and made it a signature. With the exception of seafood flown in from both coasts, he uses only local ingredients.

OKC’s staunch farm-to-fork phenom arrived in 2010, seemingly just in time to catch an intensified appetite for fresh, locally sourced and sustainably raised food. Johnson is an OKC native who grew up cooking and left home to sharpen his skills, working under big-name chefs like Jean-Georges Vongerichten and David Burke. He was drawn back home by the notion of nurturing Oklahoma’s agricultural potential in order to dazzle diners.

Ludivine’s menus change nightly. The only constants are a (changing) charcuterie board and the vaunted roasted bone marrow. The rigor of managing a steady flow of local, peak-season ingredients remains new. (As does a full day of kitchen prep for dinner services.)

Quickly, this once-sleepy corner of Midtown earned a devout following, with high praise for culinary complexity. And the proof is in the (Camembert spoon) pudding

I realized that what this city needed was not just a new restaurant, but a new approach to  and relationship with  food altogether. 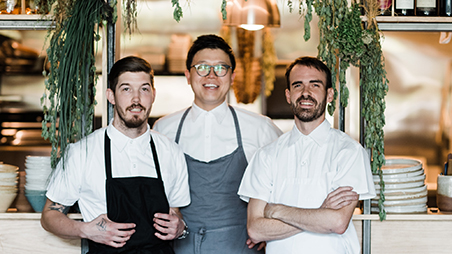 One such restaurant capitalizing on the turn of the seasons is NONESUCH, a 20-seat tasting-menu spot that burst onto the national stage when Bon Appetit named it Americas best new restaurant in August 2018.

Nonesuch is not ambitious for OKC; its ambitious, period.

So Many Fresh Options

Food bloggers and buzz put KITCHEN NO. 324 squarely in the farm-to-fork category. Opened December 2012 as a craft bakery, coffee curator and café, it quickly became a downtown mainstay. Adding dinner service seven days a week came as good news to a good many. 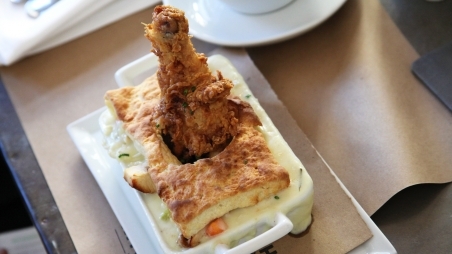 Kitchen NO. 324 provided by A Good Egg Dining Group

On a historic corner in the heart of downtown, this grand, high ceilinged space exudes freshness. Bathed in white walls and sunlight, it anchors the ground floor of the 1923 Braniff Airlines building. 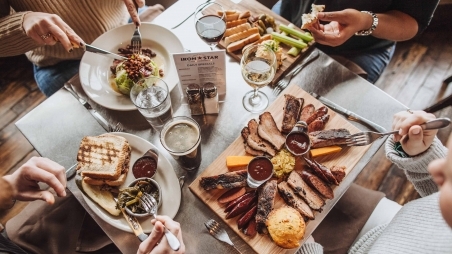 If you’re into a transformation on good ol’ fashioned BBQ, there’s no other place to dine than IRON STAR URBAN BARBEQUE. The flavors, textures and smells are enough to make you homesick for a Sunday potluck  but their twists on the “old standards” are what make this eatery stand out. Corn bread, deviled eggs and pulled pork all have their own scrumptious take at this uniquely Oklahoman restaurant.

PACKARD’S NEW AMERICAN KITCHEN is steeped in the heritage of Automobile Alley, circa 1920s  the first retail business to be named for the area’s (and the 1925 building’s) automobile origins. The vintage tile floors and picture windows of this former retail showroom lend a palpable charm to the place. Here, locally sourced ingredients and handmade breads distinguish menus that change with the seasons. One of the very best rooftop settings with marvelous skyline views. Its classic feel with a modern vibe is packing ‘em in. 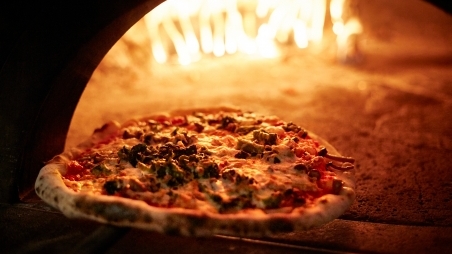 A Californian, Aust was returning from a stint in Martha’s Vineyard when a stop here brought OKC’s foodie vibe into focus, and she stayed. She makes fine use of the wood-fired brick oven and kitchen garden, rightfully earning a 2018 OpenTable Diner’s Choice Award.

Stella’s success helped lure the upscale Ambassador Hotel, with its own capable kitchen, to the heart of Midtown. Its CAFÉ CUVÉE adds to the area’s climbing restaurant count and compounds its appeal. Led by Chef Kurt Fleischfresser and Chef Taylor Desjarlais, Cuvée takes you through a unique culinary journey of approachable French cuisine. 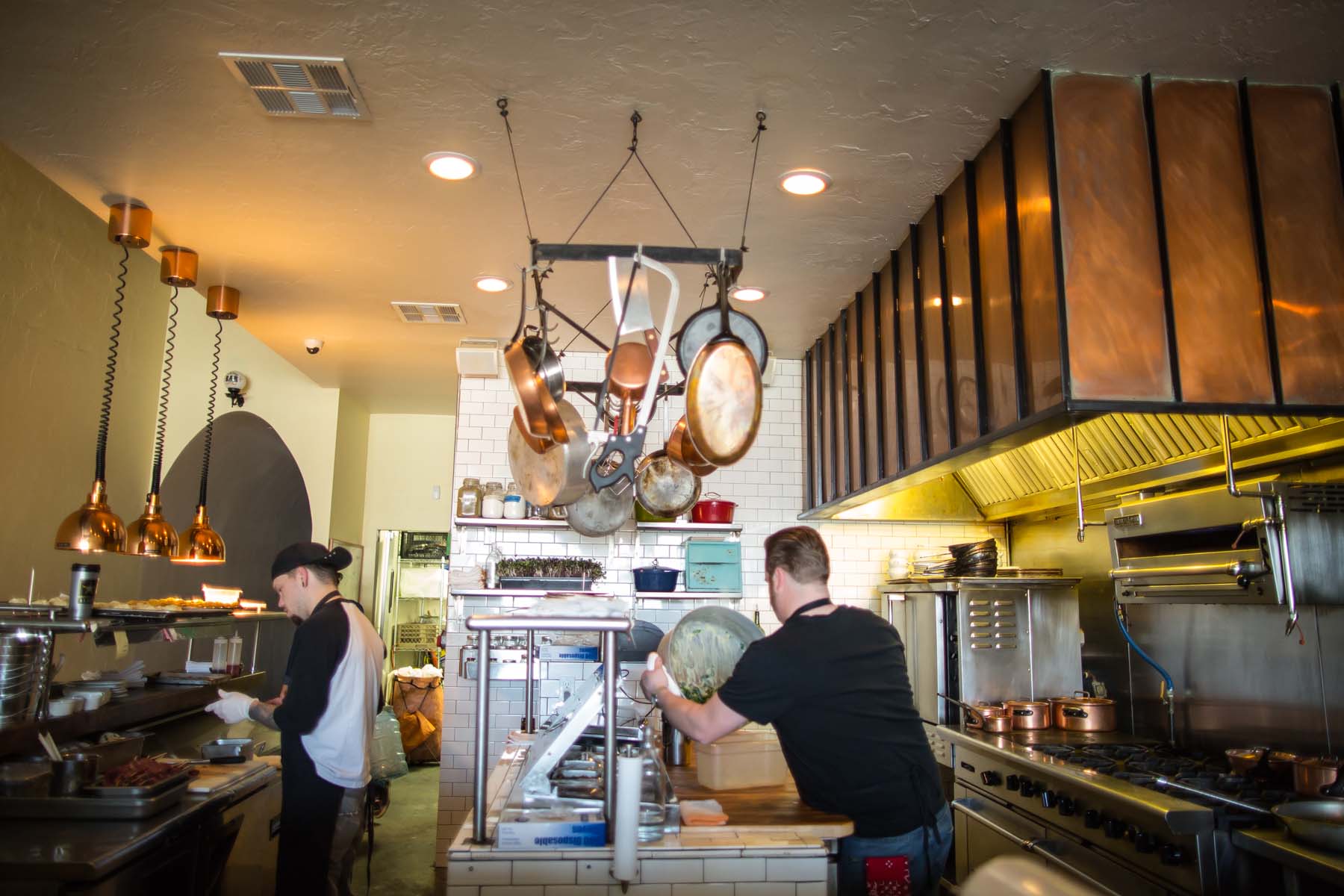