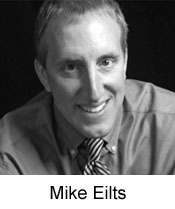 Founded in 1999, Weather Decision Technologies offers a wide array of proprietary and licensed technologies that automatically predict hazardous weather phenomena up to 60 minutes before it occurs and a highly acclaimed, extremely accurate 48-hour plus forecast capability. The Company has approximately 25 employees and has grown 80% year after year. In 2004, it was named to the Inc. 500 list of fastest growing companies in the U.S. and was a recipient of the Oklahoma City Metro 50 Award in both 2004 and 2003.

How did the company start?

After I got my MBA, I knew I wanted to start a company at some point. I was working in a federal government research laboratory, the National Severe Storms Laboratory, here in Norman, Oklahoma, managing a group of about 100 people. And I was sick of signing timesheets and doing paperwork for the government. So when the University of Oklahoma approached me with two weather technologies they wanted to commercialize, I told them I was very interested in doing something and I had a lot of my own ideas. They bought some of my time away from the Severe Storm Laboratory to write a business plan. Over the next year, I put together a team of about five people. We figured out the licensing issues with the University of Oklahoma and where we were going to get funds. And in April or May of 2000, we actually quit our jobs and started the company.

What was the vision of the company?

An important part of our story is that the vision has changed quite a bit over the five years that we have been a company. One of the technologies we licensed from the University of Oklahoma was being used by about 50 emergency managers in the state of Oklahoma. Our goal was to commercialize and sell it to all the other emergency manager organizations in the United States. About six months into the life of the company, we had two sales to emergency managers. We gave up on that, fast.

You realized that the original customer that you thought would purchase this technology wasn't the right customer?

Right. It took a year to close a $2,000 deal, so it wasn't worthwhile. But in the meantime, through contacts we had, we made a deal with Williams Energy to build some custom tools for them, even though that wasn't part of our business plan. At the time, our expertise was of greater value than the technologies that we had licensed. So people were coming to us to build custom tools. We began to license technologies from many other research organizations with which we had connections. We started accumulating a portfolio of technologies we could use. And that's what we do today. But, in the short term, we transitioned pretty fast to a company that was helping bigger companies be savvier with weather -- Williams Energy was a big one. We also started working with other weather companies

Were you working with the other weather companies as customers or as partners?

More of a partnering relationship. We have development contracts to build new weather tools for them and revenue sharing arrangements if they sell the tools to their customers as part of their products. Early on in the development of the company, our partners were a little wary of us going away and it took a long time to get deals done. Today it's much easier for us to do those things because we have a track record.

Does the focus of your business continue to evolve?

Yes, our focus has evolved considerably. We've gone through three significant iterations of our business. Today, there are two things that we really focus on. One is that we have become basically the "Intel inside®" to the rest of weather industry. We have contracts with 13 of the top 15 weather companies in the United States. We also work with government weather organizations internationally. And we've built a lightning detection network across the United States, which has a very unique capability to detect lightning anywhere in the United States. There is one competitor that has been around for 15 years and we're going against them. So, that broadens our reach into providing the weather companies we work with a new data source.

One of the challenges that entrepreneurs face when they are growing a company is to learn how to do business internationally. How have you gone about opening up an international channel?

We met an international marketing firm that has reps who sell weather products in 80 countries around the world. We've built systems for them, at least on paper, that they are selling worldwide. Doing business internationally isn't easy, however.

The sales cycles are very, very long for what we're doing. We're mainly selling to governmental organizations around the world. The sales cycle can be two to three years because you have to first convince somebody they want to buy it. And once you've done that, then they have to go through the procurement process. And then you have to deal with all the other issues to close the deal in a place with very different rules. There are lots of issues associated with that. But we have installed systems now in Paraguay. We've sold systems to Kenya. We closed a deal in Thailand. I've got a guy actually installing a system in Italy today. We have sold seven or eight systems now internationally.

How has the company been financed?

We raised about $750,000 in equity investment from friends, family, and angel investors at startup. Then we raised a little bit more money from family and friends at double the valuation of the initial round. We secured an SBA loan in early 2003. Then we sold preferred stock to two Oklahoma-based venture organizations that focus on growing the local economy by investing in Oklahoma-based companies.

Oftentimes people are concerned that when venture capitalists make an investment, it reduces the amount of flexibility an entrepreneur has. Has selling stock to a venture capital firm changed your business?

Yes. It's been both good and bad. They have added some overhead to our company: just to put together a big monthly packet to report to them and have meetings with them. That instills fiscal discipline. Although, one of my buddies was a CFO at a big company and he came on board with me right away. So we were pretty disciplined already. There have been a couple of times we have needed connections with people, and they have helped us with that. And they've helped us formulate and make decisions about a couple big things.

What are one or two of the biggest challenges that keep you awake at night right now?

The biggest challenge for us is cashflow. We're making investments in technologies and people and it eats up our cash fast. That's always a challenge for us. And the harder challenge is that we sell systems, so our revenue stream is quite lumpy. So our biggest challenge in the next year is to turn all of our agreements into ongoing revenue streams versus lumpy revenue streams. That's been my goal since about a year ago. We've made a lot of headway in the past year, but we still rely on closing larger deals every once in a while to keep our cash flowing and in good shape.

How has your job changed as the company has grown?

There's one shift in my job that came as a result of one of the three iterations in our company that we talked about. About a year into our company, we had hired some commissioned salespeople. At some point I realized that they were not the people to sell and if this business was going to make it, it had to be on my shoulders. The reality was, in a high-tech company, you have to have high-tech people selling. And so, I jumped in. And at this point, my job is as much Chief Marketing Officer and Chief Sales Officer as it is CEO: I lead all of our sales efforts.

What do you find personally rewarding and satisfying about being an entrepreneur and having your own company?

Five years ago, I used to jokingly say, "One day we're going to be an Inc. 500 Company." But to me, that's a milestone; it shows that over a long period of time, we have built a lot of value. There are a lot of pitfalls and ups and downs. And sometimes you get stuck looking at the trees and not the forest. The rewarding point is that I was the guy that wrote the first line of the first business plan. And five years later, now we have an ongoing company that has certain value and has 25 employees that are getting paid every two weeks.

What advice would you give to an aspiring entrepreneur?

You have got to keep a vision of what you do that is core - that you do better than anybody else. And this keeps your eye on that ball versus chasing down things on the side that may divert you from that ball. From our company's standpoint, it's very important for us to realize our expertise -- and that we're going to really provide value versus chasing deals where we're trying to do the same thing as somebody else. We really threw out our business plan. We wrote a 100-page business plan, and three months later, there was zero value to it. And that's happened each of the four times I've written business plans. I look at the business plans now and laugh at them. The core visions, the core technology, the core expertise has been what's driven the company, not a business plan at a given time.