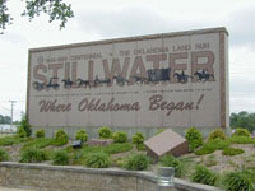 Stillwater, Oklahoma, is often called one of America's "most livable" cities, and for good reasons. Quality neighborhoods, excellent schools and low crime rates are hallmarks of the community, as well as recreational and cultural opportunities that you will only find in a university city. In 2011 Forbes Magazine named Stillwater the 6th fastest growing small cities in the United States.

Stillwater is a uniquely international community boasting over 35 different languages being spoken in the local school system. In addition, there are more than 100 countries represented at Oklahoma State University. This creates a blend of ethnic dinning and shopping opportunities normally found in much larger communities.

The presence of Oklahoma State University provides a wide range of cultural opportunities including concerts (vocal and instrumental), museums and educational symposiums.

Stillwater boasts museums focused on local, university and sporting history. In addition, the University is developing an art gallery in downtown Stillwater that will feature local and university artists. Stillwater is the home of the Oklahoma State University Botanical Gardens and Arboretum.

Stillwater has over 15 public parks encompassing over 5000 acres. There are two recreation lakes within a 10 minute drive from Stillwater: Lake Carl Blackwell (3,350 acre lake) and Lake McMurtry (1,300 acre lake). The newest addition to local children’s entertainment is the Wondertorium which offers children a unique learning experience through it interactive museum.

Four 18-hole and one 9-hole golf courses are available to area residents, including the premiere Karsten Creek Golf Club, named by Golf Digest when the course opened as “Best New Course” in the country. Karsten Creek annually hosts the AJGA PING Invitational, a premier event for aspiring junior golfers.

Education
Proud of its reputation as a university city, Stillwater is often referred to as Oklahoma’s “premier education community” because it is home to some of the region's finest education and training institutions. Oklahoma State University is a comprehensive research institution with a total enrollment of nearly 35,000. The Oklahoma State University Center for Innovation and Economic Development, located in Stillwater, provides companies with a one-stop shop for business services. Many companies take advantage of the engineering, business and research capabilities offered by the university. The university services are complemented by customizable training options offered through the State Career Tech, Meridian Technology Center and Northern Oklahoma College.

Oklahoma State University is dedicated to investing in itself and the community. In 2011, the university had over $150 million dollars in active construction projects. This included over $80 million in investment in research and development facilities and over $73 million dollars in quality of life projects. In addition, Oklahoma State University is in the midst of a $1 billion fund raising initiative that will elevate the university to new heights both academically and athletically.

Stillwater boasts one of the nation's top rated public school systems. Stillwater High School has a graduation rate of 96% and last year had 2 merit scholars and had seven other students that were either finalists, semifinalists or were commended. In addition, Stillwater schools have 45 Oklahoma Academic scholars. The community is devoted to investing in the school system having approved nearly $100 million in bonds in the last six years for school improvements.

Meridian Technology also provides support for both new and existing companies, as well as ongoing training and employee development programs. Stillwater’s educational institutions have created the highest educated work force in Oklahoma with over 48% holding at least a bachelor’s degree.

Business Advantages
Business is steadily growing in both the retail and service sectors of the community, as well as in research and development. Stillwater offers a variety of prime commercial sites and a world class business and research park which is a partnership between the City of Stillwater, Meridian Technology Center and Oklahoma State University. The Oklahoma Technology and Research Park (OTRP) provides support for growing technology and knowledge-based enterprises who seek the resources available through such a partnership. OTRP is a keystone piece in the region's economic development strategy and a focal point in the shared vision of Stillwater's knowledge community.

Stillwater has a diverse economic base. Stillwater businesses produce a wide range of products ranging from sophisticated bomb detection equipment to commercial weld wire. In addition to major employers, Stillwater has a strong base of specialized boutiques and retail offerings to meet a wide range of interests and needs, providing shopping diversity for everyone from college student to retirees.

Stillwater’s Downtown Business Improvement District (BID) was developed in 2007 for the purpose of improving and increasing the level of business activities within Downtown. Working with the city, members of the BID continue to stimulate community pride, cultural development and economic growth, providing an exciting atmosphere of business growth and vitality.

Location
Located in the north central part of the state, Stillwater is a micropolitan area consisting of a market area of 85,000 people (45,688 within city limits). Stillwater is located 15 miles east of Interstate I 35, and is a part of Oklahoma’s “economic triangle” with easy connection to Tulsa via the Cimarron Turnpike , and Oklahoma City, south on Interstate 35.

In addition, Stillwater has rail access and the city manages one of the top general aviation airports in the state. The business community also can take advantage of one of the largest, most inland river-ports in the United States within 75 miles of Stillwater, the Port of Catoosa.

One of America’s 100 Safest Cities – Safe Communities in America 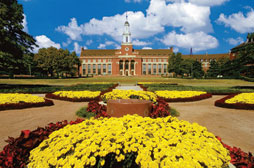