Oklahoma City -- EMBARK unveiled Bermuda Green, Clear Sky Blue and Redbud as the colors for the brand identity of the MAPS 3’s Oklahoma City Streetcar. Three color palettes were revealed to show each of the six streetcars painted with a saturated, tonal color palette.

“Our use of color is bold and modern. It’s significant of where we are as a city – our growth over the past decade, and reflects EMBARK’s bold optimism,” says Jason Ferbrache, EMBARK administrator. “Stakeholders told us they wanted modern, forward-thinking, unique and approachable. That’s what we delivered.” 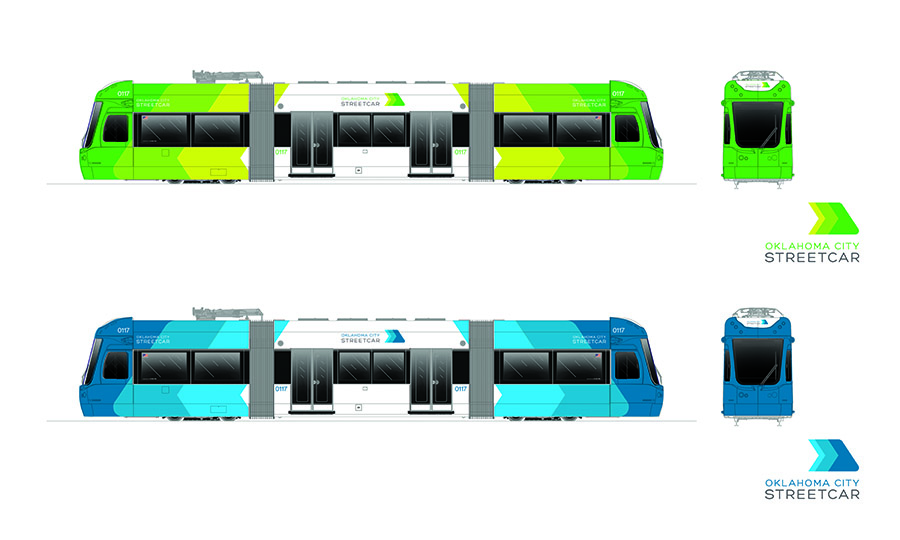 The next steps are construction of the maintenance facility scheduled to start in August; laying down the rails that the vehicles will travel on, scheduled to start later this year; and design of the 22 stops along the route. The 4.6-mile route will connect downtown, Bricktown, Midtown, the Arts District and Automobile Alley and circulate every 10-12 minutes. The streetcar is expected to be in operation by the end of 2018.

The MAPS 3 Modern Streetcar will be named the Oklahoma City Streetcar, which can be abbreviated as OKC Streetcar. It will be for everyone who works, visits, or lives downtown, will be ADA compliant and will be a part of EMBARK’s family of transit services.