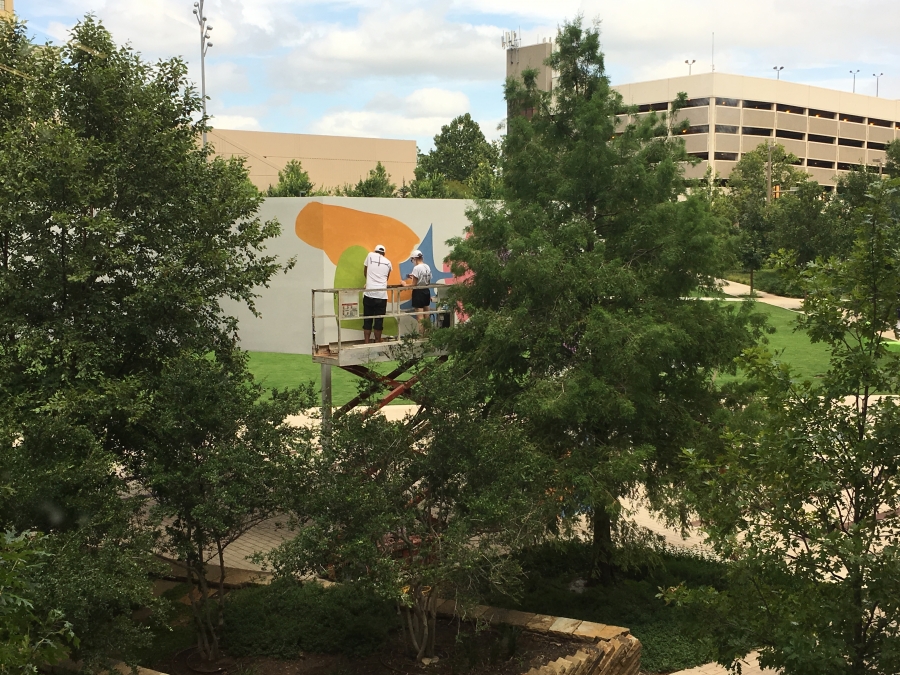 This week, downtown employees, residents and the public attended a kickoff party to celebrate the recent enhancements and reopening of Kerr Park. The improvements were made possible through Downtown OKC Partnership, a Southwest Airlines Heart of the Community grant and numerous partners and stakeholders. These enhancements add placemaking elements to make the park more people-centric.

Placemaking is a topic that I write about frequently. That is because it is so important to both community development and economic development. Parks, especially urban parks, help us escape office buildings and urban stress, even for just a little while. Busy parks also spur and support private investment, both residential and commercial. A study by the Trust for Public Land shows that quality parks increase the surrounding property values by as much as 12 to 15 percent. Businesses looking to move or relocate downtown want to offer their employees an environment that encourages them to connect and engage outside of their workspace.

But as we have seen with Kerr Park’s recent past, a “build it and they will come” design doesn’t always create connection. Urban parks require thoughtful design about how people will use the space. In 2014, the park underwent a major renovation with a spacious green lawn and trees. But apart from programmed events, the park was often empty. Through the Southwest Airlines’ grant, Downtown OKC Partnership was able to “reimagine” how people would use the park.

One of the first steps Downtown OKC Partnership took was to host community engagement workshops. Stakeholders suggested ways to make the space more inviting to use, such as protected places from weather, more places to sit and spaces that encourage interaction, such as picnic tables.

Kerr Park’s reopening is a great example of the value of cultivating placemaking. The enhancements are more about what to do in the green space rather than the idea of having green space. While the area will still be used for special events, the mark of placemaking success is when the park becomes a part of the community’s daily use, a place where people choose to hang out and connect both during and after work hours.

Cathy O’Connor is the president of the Alliance for Economic Development of Oklahoma City.