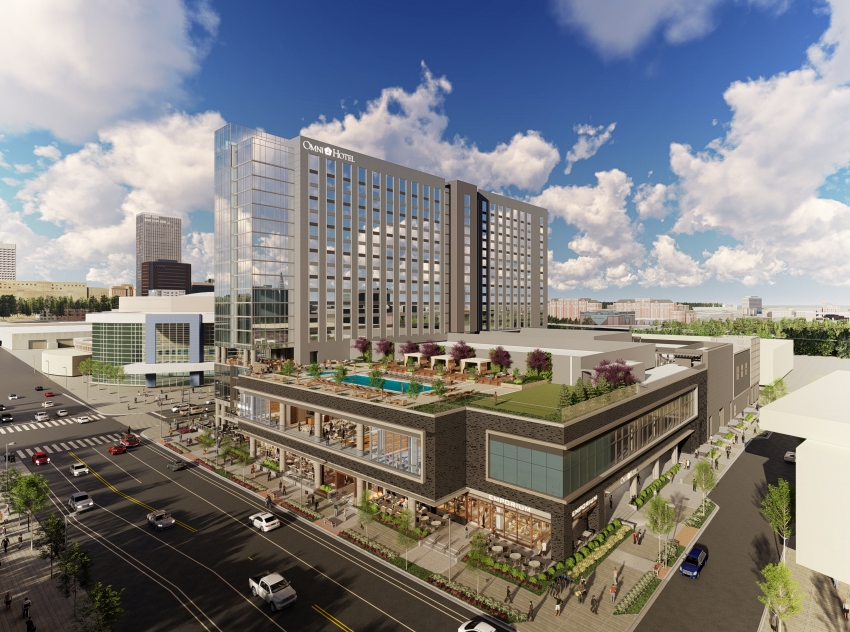 Omni Hotels & Resorts closed on its purchase of land from the Oklahoma City Urban Renewal Authority on Thursday, a wedding day of sorts after two years of courting, negotiations and some objections voiced along the way.

The 605-room, $235.5 million hotel will be owned and operated by Omni and is set to open within months of completion of the adjoining Oklahoma City Convention Center along Robinson Avenue at the new Oklahoma City Boulevard.

The hotel deal, which includes $85.4 million in city financing and $151 million from Omni, was long described by consultants hired by the city as being critical to the success of the convention center.