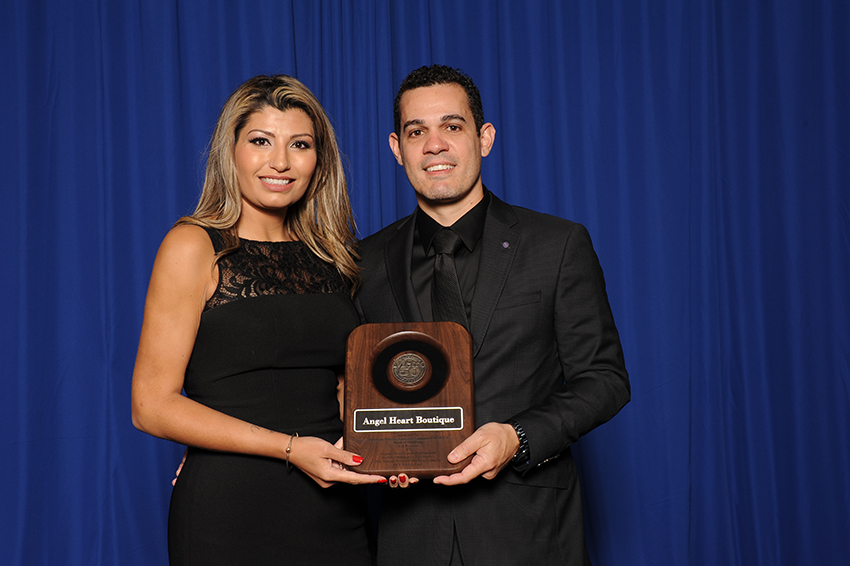 As a child, Schayene Silva sold everything she could collect. She would find items, sell them for higher and save the money she made. Now, Silva and her husband, Felipe Resende, are still selling, but at a more sophisticated level.

The couple’s international online store, Angel Heart Boutique, sells jewelry, accessories and women’s clothing up to size 4X and 5X all over the world, including Australia, South Africa, England, Canada and the U.S.

In 2014, Silva left her position at an oil company and she and her husband started Angel Heart as a way to sell used items including toys and clothing on eBay.

“We did very good with that for about seven months, but in the winter, there were no more garage sales,” she said. “So we started selling clothes, which always sold well. We focused on plus-sized clothing with a vintage, bohemian look.”

Silva focused on plus-sized options because, having struggled with weight herself, she knew how to shop around for cute, larger items. The couple outgrew their eBay business and launched their own website in January 2015. In 2016, her husband left his IT position to help support the budding business.

The couple took $15,000 they had earned selling on eBay and opened Angel Heart Boutique in their 600-square-foot apartment in Edmond. That first year, the business netted $278,000. The couple moved into a four-bedroom house, and soon that became too small for the amount of product they had.

“We had to move out of our own house and get another one to live in,” she said. “That was October of last year, and now we have six girls who help us and we fill about 3,000 orders a month. We have a return customer rate of 70 percent, so that’s good.”

Silva said the success and growth of the business was due to bootstrapping. They didn’t have a lot of capital to start out with, so Silva learned search engine optimization and marketing, built her own website and learned business practices.

The online boutique made $1.2 million in 2017, and Silva says the company is on track to double that this year.

“We are focused on profit, and we have made profit a priority since day one,” Silva said. “Many people look at revenue, but we’ve always been profitable because our overhead is so low.”

Edmond-based Angel Heart Boutique doesn’t have a storefront, but Silva hopes to change that in the future with an expanded warehouse with a walk-in element.

“Fashion is just the product. What I really love is business,” Silva said. “I could make this work with any product, because I’m really focused on the business aspect.”