OKC transformation highlighted in State of the City 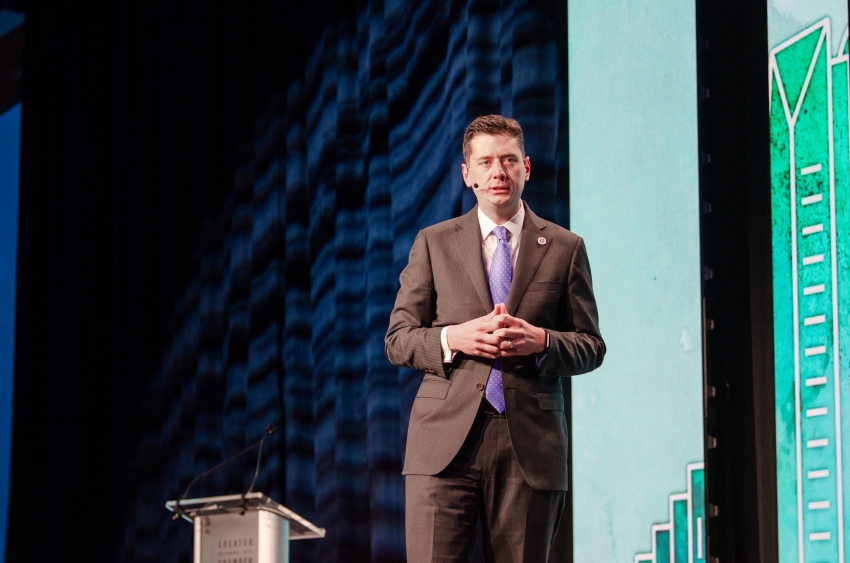 Mayor David Holt recently gave his first State of the City address. Hosted by the Greater Oklahoma City Chamber, the event is an opportunity to reflect on the past year and discuss the city’s trajectory for the next year. As you can imagine, the city’s renaissance and our residents’ continued commitment to invest in our city were highlighted in Mayor Holt’s address.

Thanks to the Better Streets, Safer City sales tax initiative, we are seeing improvements such as street resurfacing, trails, sidewalks and bicycle infrastructure throughout the city, as well as new police officers and firefighters joining the Oklahoma City force.

Transit is another area where Oklahoma City has seen growth. The Oklahoma City Streetcar began service in December and we are already seeing economic benefits of its development. A regional transportation system is beginning to take shape with the recent award of a federal grant for a bus rapid transit line and the recent establishment of the Regional Transit Authority of Central Oklahoma.

We can’t talk about the state of our city without recognizing the transformation brought about 25 years ago with the first MAPS program. Recently, Mayor Holt and the city have been gathering input from residents for a possible MAPS 4 program. Some of the most common suggestions include workforce development projects, such as an aerospace job training center, and projects that would support the arts or add beautification around the city. Several popular suggestions have been projects that would address social issues such as criminal justice reform and homelessness.

One of Mayor Holt’s priorities is to bring more diversity across sectors – age, gender, race and geography – to more of the city’s decision-making processes through boards and commissions. Getting diverse input and perspectives will only help strengthen our city and improve the quality of life for all residents.

One thing that hasn’t changed is Oklahoma City residents’ high level of satisfaction with service quality, priorities and overall performance of the city. In the 2018 annual survey, 82 percent of residents rated Oklahoma City as a good or excellent place to live, which is 28 points higher than the national average for a large city. This confidence in our city’s direction, combined with residents’ commitment to transform Oklahoma City, will continue our momentum.