Scissortail Park lake filling up as opening set for September 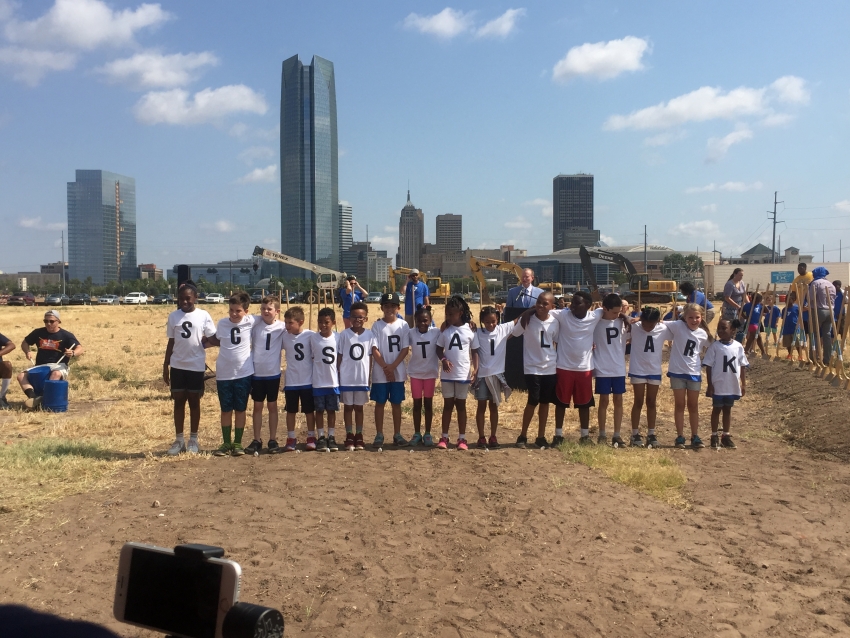 The lake at Scissortail Park is set to be completed and filled this month, and plans are progressing for an opening in late September that will include four days of festivities, including concerts and a parade.

During an update provided Thursday night, Scissortail Park Foundation director Maureen Heffernan also announced the enclosed area of the park's restaurant is being expanded to ensure it can be open year-round.

Brian Bogert, whose Social Order Dining Collective operates The Jones Assembly, Fuzzy's Taco Shop and Texadelphia, unveiled the name, "Spark" and logo for the park cafe which will feature hamburgers and frozen custard.