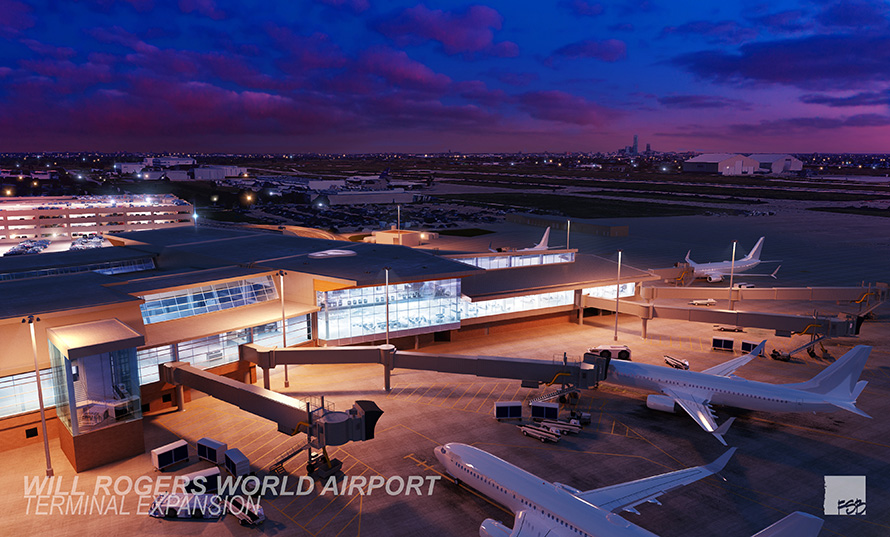 The first temporary barriers are going up to detour passenger traffic through Will Rogers World Airport during a $62 million expansion project to add a new concourse and gates.

Airport officials are doing everything they can to keep disruptions to a minimum, spokeswoman Karen Carney said. Still, a little more advance planning than usual will help business travelers compensate for broken routines.

For example, the baggage claim space typically used by Delta Air Lines will be shunted to another carousel in the first week of April. And walls will be put up on the east end of the ticketing level of the airport.

“Travelers just need to be aware that there could be temporary adjustments made at any time, so they need to plan that into their travel plans,” Carney said.

Timberlake Construction Co. began working this week on the $62 million contract to build a concourse on the airport’s east side and its four new gates, which will be leased by Delta. The job is projected to be finished in about two years. The Oklahoma City office of Frankfurt-Short-Bruza Associates has been contracted to design and oversee the work.

The city also needs to stay on pace with the federal Transportation Security Administration’s passenger-checking processes. To more efficiently accommodate travelers, the airport will build a new security checkpoint with more space on both sides of the scanning equipment.

Airport Trust officials approved the expansion in order to meet growing demands on the municipal airport. Airline passenger traffic grew by more than 10 percent at Will Rogers in 2018. During the year, 2.17 million passengers boarded planes, setting a record for passenger traffic, compared with 1.96 million in 2017. Gains were significant for each of the 12 months, with the greatest jump last January, and industry trends suggest more growth this year.