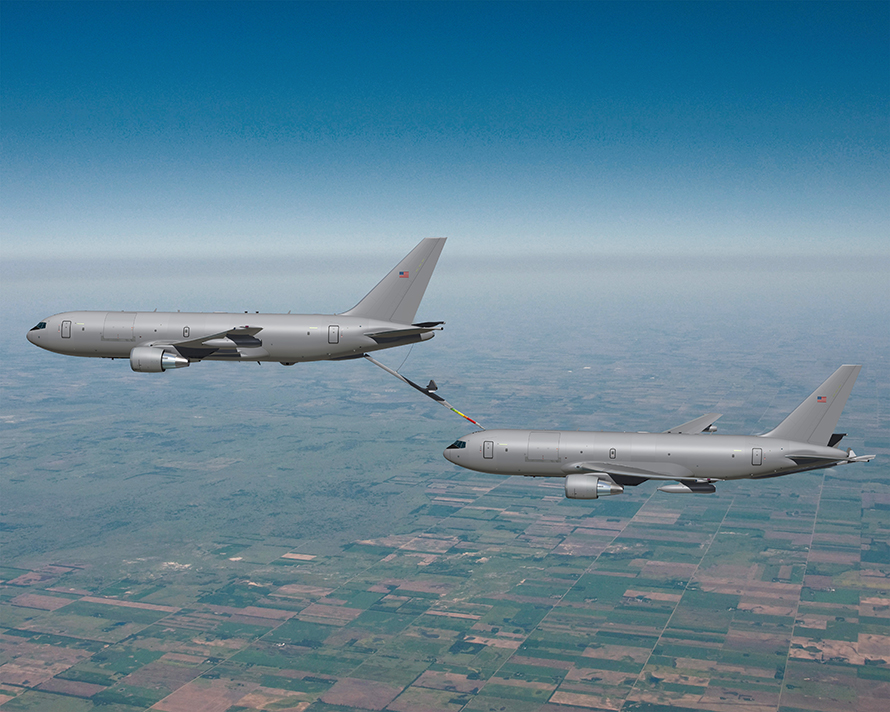 Cobham Mission Systems, a U.K.-based aerospace company, announced Thursday the opening of an office in Midwest City as it continues to support the KC-46 program at Tinker Air Force Base.

A major subcontractor for the program, Cobham produces the wing air refueling pods, body fuel tank, oxygen sensor and regulator, and several other components for the KC-46 tanker, an air refueling aircraft.

Tinker was selected as the future maintenance hub of the KC-46 to provide sustainment services for the aircraft once it is deployed. Produced by Boeing, the aircraft is designed for air refueling, but can carry passengers, cargo and patients.

Charles Harrowing, Cobham Group’s head of external communications, said the opening of the Oklahoma location will help the company better support the program as it goes forward.

“As the KC-46 program develops, this is going to be a major hub for the program, so we need to be close with our customer so we can provide the support they need as a major partner on that program,” Harrowing said. “It’s a logical fit to our strategy.”

Brent Kisling, executive director of the Oklahoma Department of Commerce, said the department has been aggressively working to attract companies to the state, taking seriously Gov. Kevin Stitt’s promise to “take Oklahoma to the world and bring the world to Oklahoma.”

“This is the era of the airplane in Oklahoma,” Kisling said. “The last 10-15 years has been a time when aerospace has grown significantly in our state.”

“(It has been) by far the most positively disruptive industry that has come to our state, growing from near zero to being one of our top two industries for employment and economic impact.”

Kisling said the focus on the industry is strong with its position as second-largest industry in the state.

“(With the) importance of the airplane and all of the components that go with it, whether it be refueling, parts … whatever it might be, we want to make sure that industry cluster continues to grow in the state of Oklahoma,” Kisling said.

“Our staff will be directly on hand to communicate and problem-solve matters related to Cobham Aerial Refuelling Systems on the USAF key tanker platforms. We look forward to exploring other service and support solutions for the future,” Kota said.