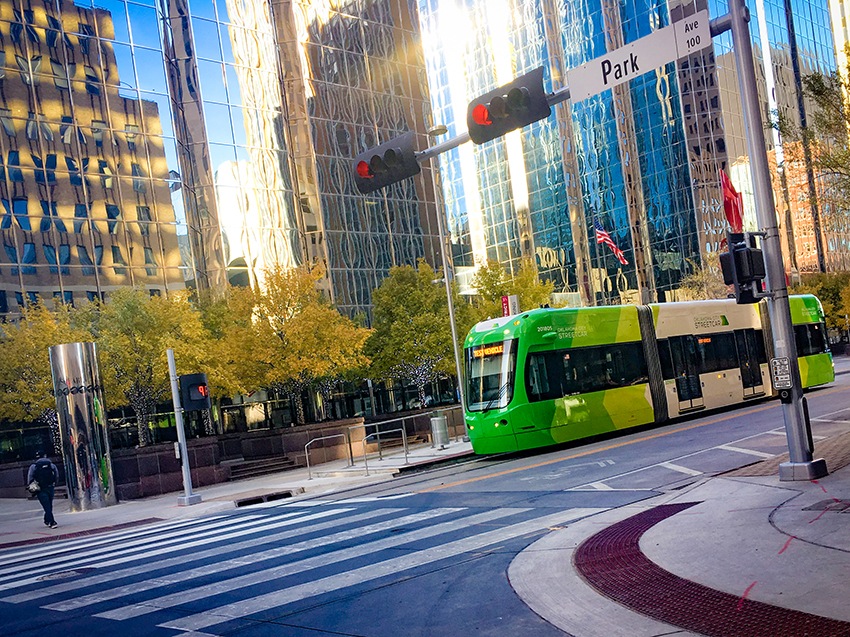 The Oklahoma Department of Transportation announced Monday the formation of the new Office of Mobility and Public Transit, which will focus on coordinating statewide efforts to expand Oklahoma’s public transportation infrastructure.

Legislated under House Bill 1365, the new office will take on all existing responsibilities from ODOT’s Transit Division, including oversight and management of the state’s public transit systems and the federal grants the agency receives. The office will also work to develop a major statewide public transit policy that will address major expansions to the state’s current public transit networks, especially into rural Oklahoma.

“The public in Oklahoma has probably never been more focused on transit,” said ODOT Executive Director Tim Gatz. “We have dedicated revenues at both the state and federal level that are available for transit services in both the urban and rural areas, and the department is the state’s designee to administer those funds for the rural operators.”

Gatz said the new office will also work with the state auditor’s office and state inspector’s office to conduct an independent audit of Oklahoma’s current public transit systems to determine where improvements are needed.

The legislation also requires the office to look into implementing rules and regulations for the possible future addition of microtransit and autonomous vehicles within existing transport systems such as Embark.

It also transfers administration of the federal 5310 program that helps to fund transit services for disabled and elderly individuals from the Department of Human Services to the new Office of Mobility and Public Transit.

“They really provide a local level of service across the state,” Gatz said. “We have been working closely with DHS to make sure the transition of the 5310 monies to the department goes as smoothly as it can. We’re going to continue to do everything we can to make it as easy as possible to the folks that are receiving those monies.”

The 5310 program was previously operated by the Aging Services Division of DHS. The program provided federal funding, with $2.4 million for transit services provided by nonprofit organizations, tribal governments and governmental agencies.

“Primarily what the division did is provide a 15 percent match in funding from the agency while the federal government provided an 85 percent match,” said Terri Watkins, spokesperson with DHS.

“We want to take a really hard look at our transit programs and that we understand the opportunities to improve that division under HB 1365,” Gatz said.