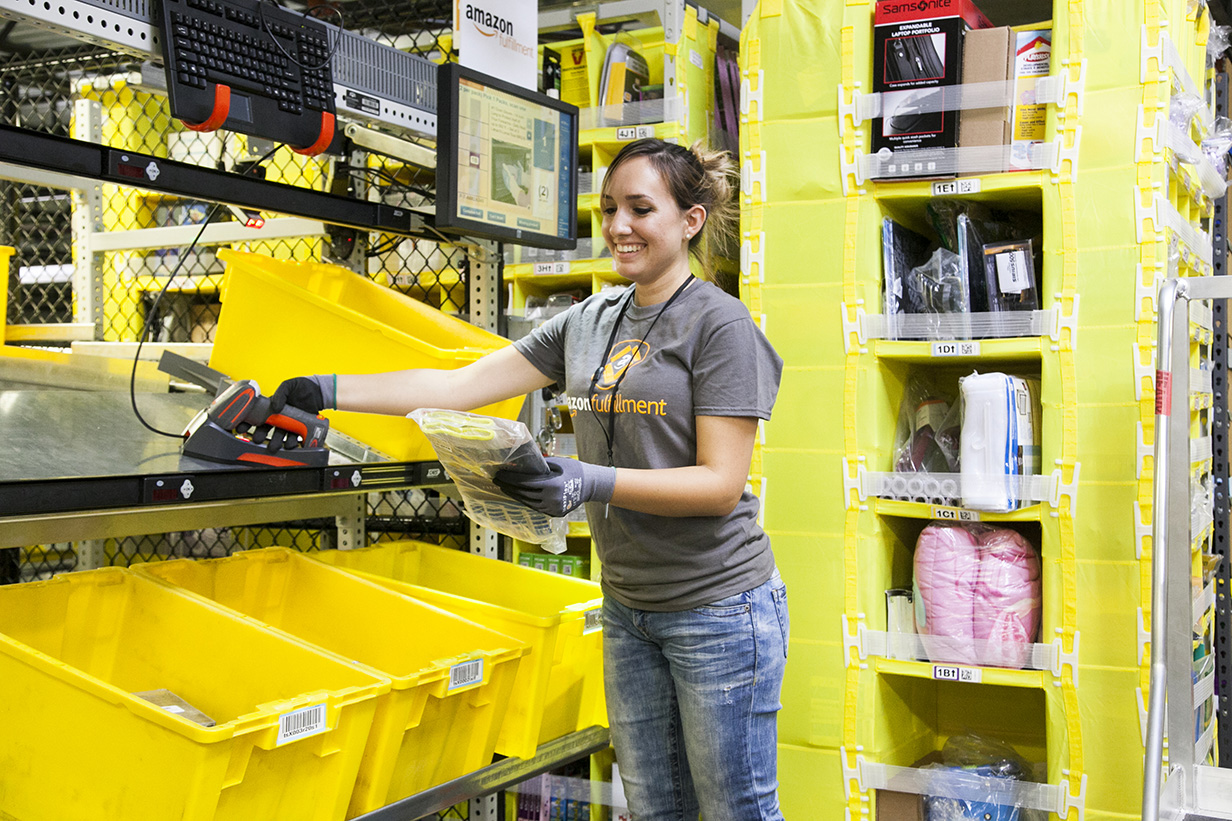 Amazon is accepting applications for more than 1,500 full-time warehouse assistant positions at the company’s first Oklahoma City-based fulfillment center, which will be opening in the coming weeks.

The new 640,000-square-foot fulfillment center, at Portland Avenue near Will Rogers World Airport, will be accepting applications between Aug. 2 and Sept. 19. Amazon fulfillment centers operate 24 hours a day and are the first stop in the chain for Amazon deliveries, with inventory being held before items are then pulled and shipped to customers.

“We are excited to open our first, state-of-the-art Amazon Robotics fulfillment center in Oklahoma City in the coming weeks,” said Hamon Gupta, director of operations for Oklahoma City’s Amazon Robotics fulfillment center. “The new facility will employ more than 1,500 Oklahomans who will work side-by-side with state-of-the-art technology to pick, pack and ship orders.”

Applicants must be at least 18 years old with a high school diploma or a GED. Hourly pay will vary between $15 and $17.80. Employee benefits include comprehensive health care, up to 20 weeks of paid parental leave, 401(k) and company stock pay.

The e-commerce giant also provides programs for employees such as its Career Choice program, which will pre-pay up to 95% of tuition for courses considered to be related to in-demand fields, regardless of whether or not those classes are relevant to a career with Amazon.

Oklahoma City approved a $1.7 million incentive for the facility in 2018. The entire project is expected to bring a total of 1,750 jobs to Oklahoma City, with an estimated capital investment of about $153 million. The project is one of the larger entries into the Oklahoma City market by an out-of-state company in recent years. Jeff Seymour, executive vice president for economic development with the Greater Oklahoma City Chamber, said the center will help contribute to the diversification of Oklahoma City’s workforce.

“It’s nice to have large corporate companies putting large corporate investments into a community like ours,” he said. “It shows that we’re pulling larger companies into our market, which is great for Oklahoma City.”

Seymour said the development will not only be good for the city’s economy, but also help encourage development around Will Rogers World Airport.

The Oklahoma City location will be the second Amazon fulfillment center in the state, with another facility opening in Tulsa later this year. Amazon’s involvement in the state began in 2017, when the company opened one of its sortation centers that sorts packages for customers prior to delivery. It was followed by a delivery center that was finished last year.