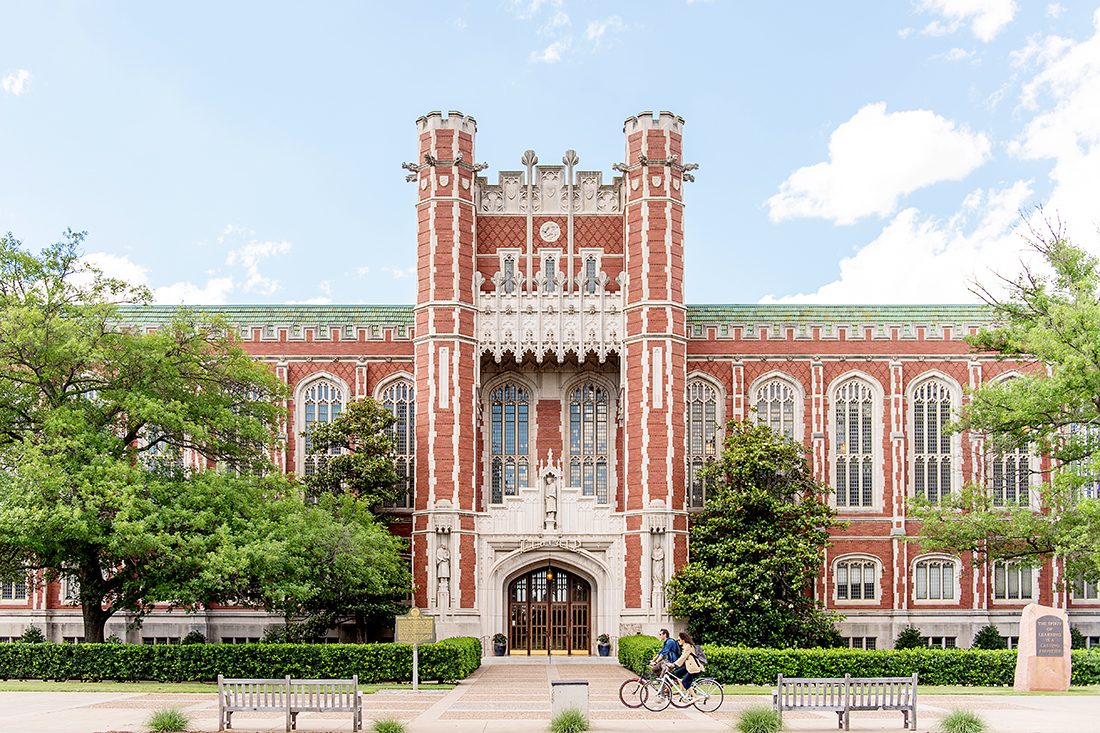 University of Oklahoma researchers have partnered with Oklahoma Gas and Electric, EcoBee, Ideal Homes and others to create a heating and cooling system that saves money and energy while making customers more informed about their electricity bill.

The system is designed to build on existing smart thermostat technology by accounting for temperature, wind speed, sunlight, weather forecasting and customer preferences. Its algorithm will use those factors to forecast what the temperature inside the home will be over 24 hours, allowing occupants to see the time period’s contribution to their bill and how changes to the thermostat settings will impact the day’s electricity cost.

“The occupants may be away from home in the afternoon and come back in the evening, so they could have different preferences set over the day. … They are able to experiment with different choices,” Tang said.

Song said she had the idea about five years ago and approached OG&E about it and the process of applying for federal funding through a grant the utility had applied for previously.

OG&E reported at the time having customers complain about wanting to better understand their bills, and this system would help achieve that goal.

“It really just aligned with what we were looking at as well. Its our local university, what better to support them while they create technology that will help support our customers,” said Jessica King, an OG&E customer program support supervisor.

The system will especially help residents whose electric bill is made more complex by programs like OG&E’s SmartHours, which charges more for electricity during peak hours on weekdays during the summer.

“Our model will be able to tell you upfront,” Song said. “If you want to have 75 degrees, based on today’s weather condition, you’ll find out what you’re going to pay for it. For some people who want to save $10, they can tolerate two or three degrees higher temperature.”

Funded by a $1 million U.S. Department of Energy grant, the researchers want the system ready for commercial deployment at the end of three years.

Two years will be spent refining the system in an unoccupied Norman test home owned by OU. In the third year, OG&E will recruit customers willing to participate as occupied test homes.

OU students needing research credit will have the opportunity to assist in project development.

Song said the team will use machines to simulate electrical load in the test house. They decided to keep it unoccupied for complete control while running initial tests, but will simulate the moisture, heat and other things created by residents.

When complete, the system is projected to reduce energy use by up to 40% in existing homes and 60% in new homes compared to the 2010 level.

“Initially we really just wanted to do temperature forecasting for OG&E to help them deal with these complaints from their clients. But as we moved forward, we found out with this information available, we actually can do a lot more,” Song said.