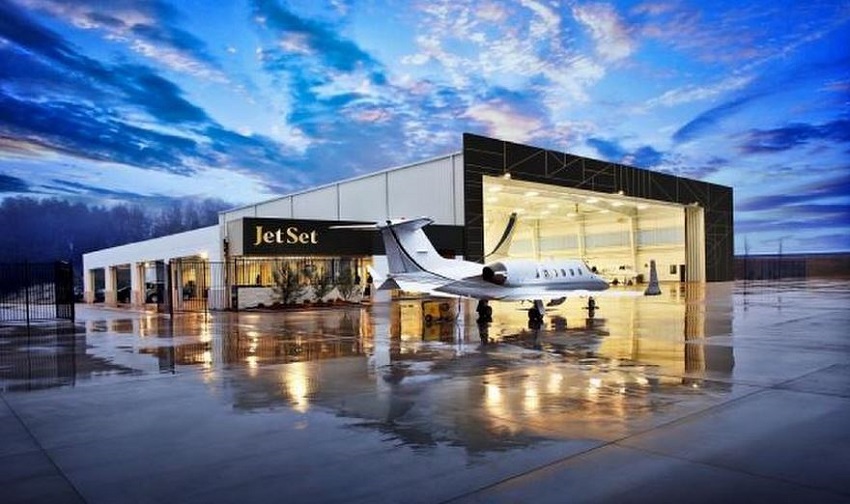 Oklahoma City's Wiley Post Airport will receive another service provider as work has begun on a complex to be called JetSet. Founded by Happy Wells, whose charter company has had a presence at the airport since 1997, the FBO's terminal will offer 12,000 square feet of customer and office space. JetSet will have a passenger lounge, conference room, pilot lounge with snooze rooms and shower facilities, and a refreshment bar. The adjoining hangar will offer 28,000 sq ft of aircraft storage, capable of sheltering the latest big business jets. A second phase of construction consisting of an additional 50,000-sq-ft hangar is also planned.

The more than $5 million FBO (fixed base operator) facility will provide fueling services, hangar space for 10 to 15 aircraft and amenities such as snacks, Wi-Fi, a lounge and a conference room. Construction began in February, and the facility is expected to be operational in January.