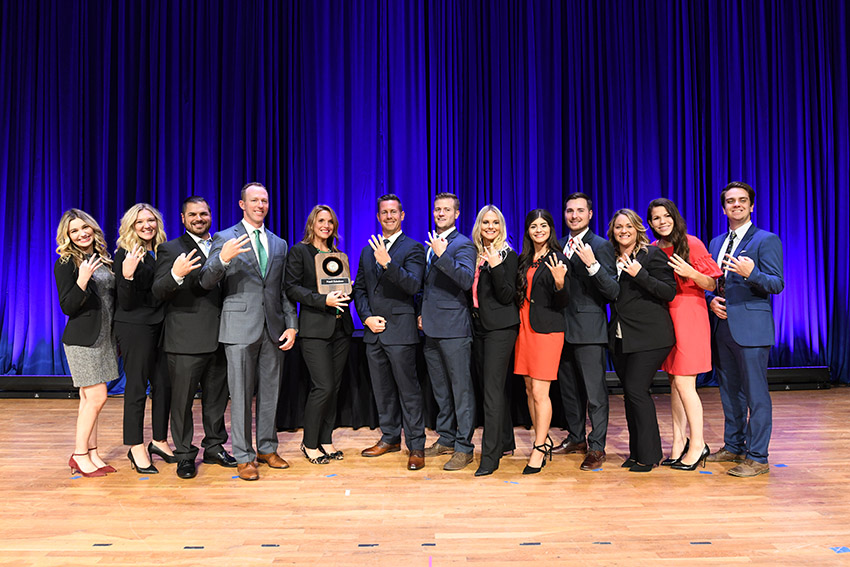 Ryan Albee and Adam Giddens started Fuse3 Solutions in 2013 after working together twice previously. Early in their careers, they met while working as federal government accountants. Later, they worked together at Addison Group, where their passion for the staffing industry took off.

“I was with Addison for five years, and loved it,” said Albee. “I would have never left Addison; it was a 35-employee, Oklahoma-owned, Oklahoma-based company. In 2012, the company sold and my career ladder was stopped. For me to grow beyond the recruiter role, I would have had to move to Chicago or New York, and that wasn’t an option for me.”

Things are run differently when you are publicly traded or held by a large private equity group, Giddens said.

Fuse3 Solutions started with just partners Albee and Giddens, adding a third employee after a few months. The company’s continued growth has allowed it to add an average of three employees per year to its current staff of 15.

“We do want to keep the small company, family feel, so our goal is to stay less than 50 employees internally,” Albee said. “We want to know each person individually; we want to know their families as much as we can; we want to know what’s going on in their lives so we just feel like 50 is a good number for that.”

In addition to the its full-time staff, Fuse3 Solutions also places contractors for a total employment impact of approximately 100 positions.

Expansion plans include adding offices in Tulsa and Dallas, as well as increasing the industries the company serves. Fuse3 Solutions has divisions of finance and accounting, IT, and administrative/clerical.

“There are other divisions here in Oklahoma City that we can look to grow into, whether it’s engineering or health care,” Albee said. “Dallas is a huge market, and it’s fairly saturated from a staffing standpoint, but there’s always room. We just have to take a piece of the pie from someone else. Tulsa is a great market, too.”

Fuse3 Solutions expects to open a Tulsa office within the next year.

The company’s growth and success have been substantial.

“We started with about 20 jobs to work, and we were filling 70-80% of those jobs,” Giddens said. “Now we have more than 100 jobs that we are working on filling right now. The amount of growth has been tremendous.”

“This year we have placed candidates with 74 companies, exclusively in the Oklahoma City metro area, with that number expected to grow to more than 100 this year,” Albee said. “We work to keep a good reputation with clients and candidates. We just treat people how they want to be treated, and do what is right for the client.”