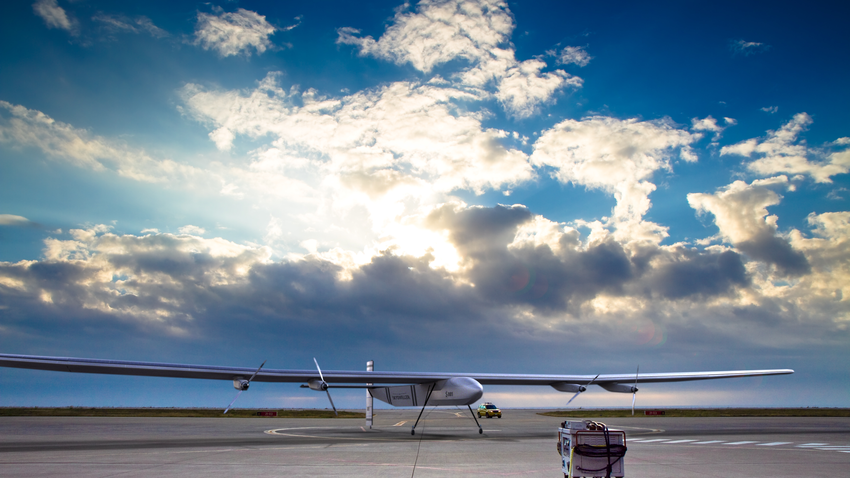 Skydweller is a U.S.-Spanish aerospace company that owns solar design technology used on manned aircraft capable of circumnavigating the globe using only solar power. It will convert the design and technology to an autonomous drone, capable of “dwelling” over a location for months at a time without the need for refueling or maintenance work. The technology has applications that will enhance commercial and government telecommunication, geospatial, meteorological and emergency operation efforts. For the military specifically, the technology supports airborne intelligence, surveillance and reconnaissance missions.

Local and state incentives played an important role in Skydweller’s decision to locate here. Thanks to citizens’ continued approval of General Obligation Limited Tax Bond Programs, our community has economic tools like the Strategic Investment Program to encourage companies to select Oklahoma City. Due to the SIP and other proven economic tools, we have the means to compete with other cities for these quality jobs.

The SIP program was designed to protect the city’s investment. Facilities must be located in Oklahoma City and create at least 50 new full-time jobs or have a new total payroll of at least $1.75 million annually. Funds are allocated on a pay-for-performance basis, meaning no funds are released until companies prove they have fulfilled job creation requirements.

In just over 12 years, the SIP has facilitated 41 deals that have created more than 6.413 new, well-paying jobs in Oklahoma City. A total of more than 16,285 jobs are anticipated as a result of SIP funding to date. Often the funds received by businesses are used for capital expenditures, which translate into additional spending on items such as site acquisition, construction, renovation, engineering, design and equipment. The new jobs create income for people to purchase homes, pay taxes and shop in the local community. Kratos, Boeing and Amazon are other recent examples of success from the program.

Oklahoma City is a natural fit for aerospace and aviation growth. Incentives such as SIP allow us to compete for these jobs and significant private investment, keys to our continued prosperity and growth.

Cathy O’Connor is president of the Alliance for Economic Development of Oklahoma City.