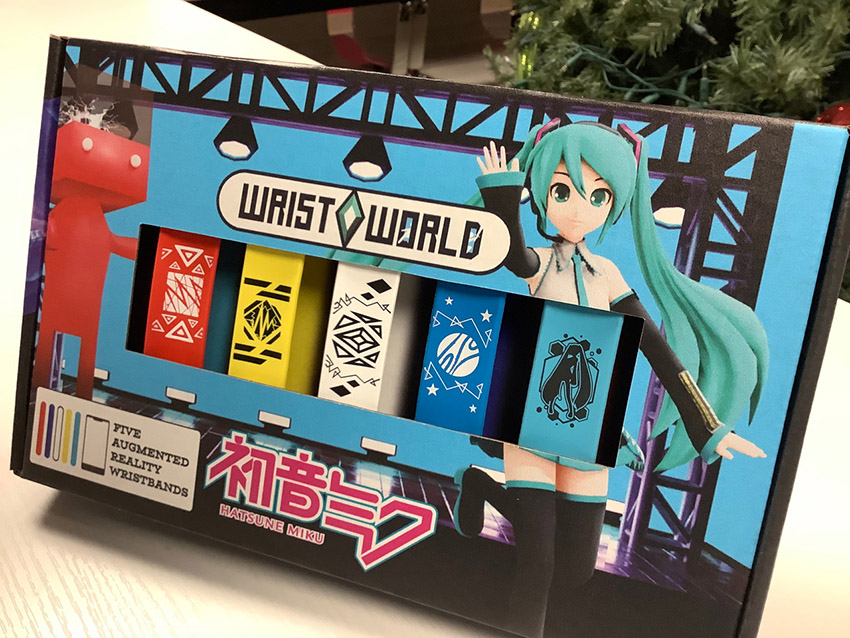 Augmented reality (AR) may not mean much to those under the age of 15, but to a group of Oklahoma kids, it means flexing their entrepreneurial spirit and creating a brand that continues to grow.

The mobile game Wrist World was designed by a group of metro area middle school students and launched in late 2019. With a slap-style wristband, users have an interactive, real-world game experience when scanned with the Wrist World mobile app. Stillwater-based company OnCue offered a brick and mortar location to sell Wrist World bands and demand for the bands exceeded expectations.

But the group was focused on expanding their growing company and a visit to the International Toy Fair in New York last February set their plan in motion. The team left with a license to develop AR bands featuring Japanese vocal synthesizer character Hatsune Miku.

“Hatsune Miku is well known for performing holographic concerts, having appeared with Lady Gaga and scheduled to perform at Coachella,” said Harrison Gillman, Wrist World team member. “Creating a similar holographic experience on your wrist is a no brainer.”