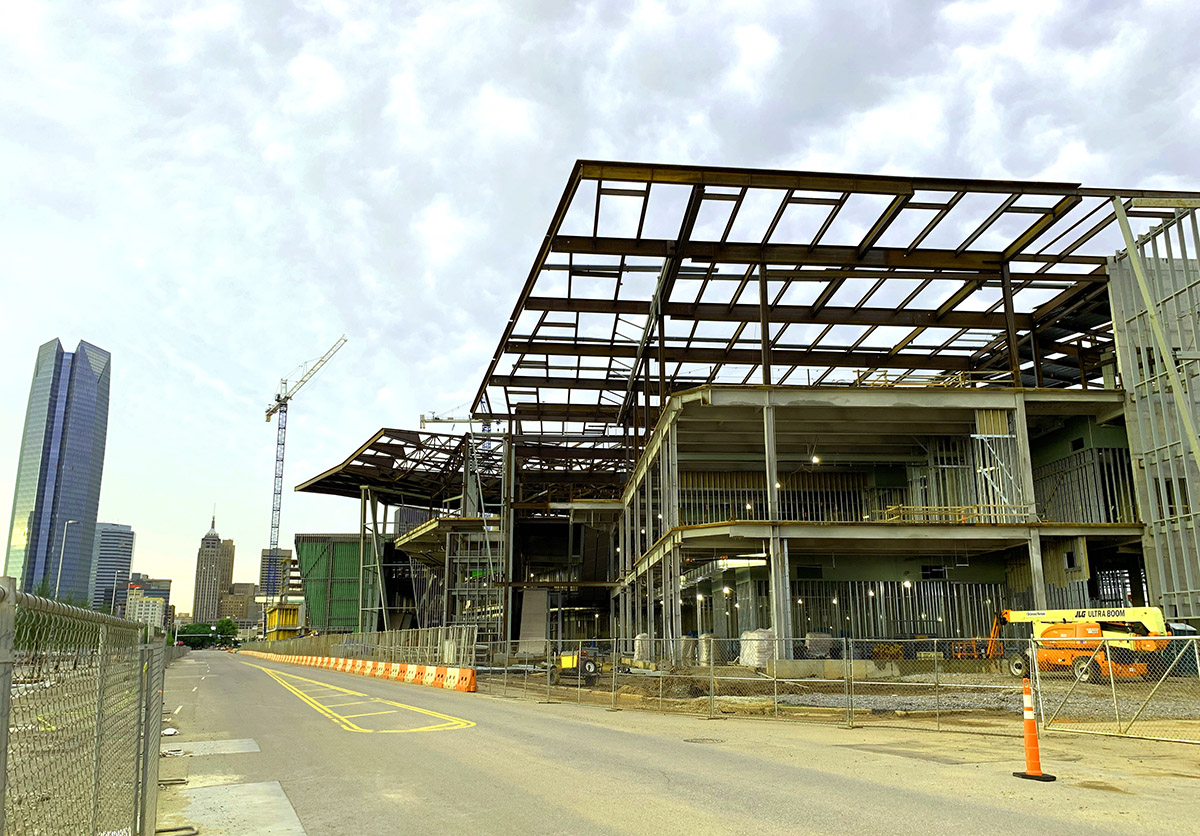 Despite the pandemic, OKC saw a number of job-related and company expansion announcements that bode well for our economic future.

In February, the Hough Ear Institute announced the acquisition of a biotech company based on HEI and OMRF research and drug development that could ameliorate hearing loss. Zillow also published a study that found Oklahoma City was the number 1 city for tech companies to expand.

May brought news of Costco considering Oklahoma City for a backoffice / financial services operation that would ultimately employ more than 1,000. That ultimately culminated in expanded projections of 1,500 new jobs over the next five years, and OKC's final selection for the location of this expansion. The facility is now open.

In June, we learned Skydweller Aero Inc. had selected OKC for its U.S. corporate headquarters, with plans for 120 engineering and field tech jobs in OKC, along with testing facilities in Ardmore. The company is involved in producing perpetual endurance unmanned aircraft and joins OKC's high-flying aerospace industry. Other aerospace news in 2020 included expansion plans from Kratos, which produces unmanned aircraft for the U.S. military. In July, Kratos announced the award of a five-year indefinite delivery, indefinite quantity contract valued at up to $400 million for the development, integration, and prototype air vehicle delivery in support of the U.S. Air Force’s Skyborg program, with much of the work to be done in Kratos' OKC facility. Later in the summer, Heartland Payment Systems also announced plans to hire approximately 400 new workers upon opening of their new downtown headquarters in Automobile Alley and the nearby Mideke Building in Bricktown.

In December, Hawaii's North Star Scientific Corporation announced an expansion to Oklahoma City, starting with five employees with plans for 40 jobs at the facility once operations ramp up. NSS designs, develops, and qualifies state of the art electronic systems for Department of Defense applications and delivers reliable high-performance products and services. They specialize in radar frequency systems designs and rapid research & development/custom solutions. Amazon also announced plans early last month to open a new fulfillment center in 2021, creating more than 500 new full-time OKC jobs in the process, and Rural Sourcing, a software development company in Bricktown, announced they had grown more than 20% since cutting the ribbon on their OKC facility in May 2019, achieving growth despite the economic turmoil caused by the coronavirus.