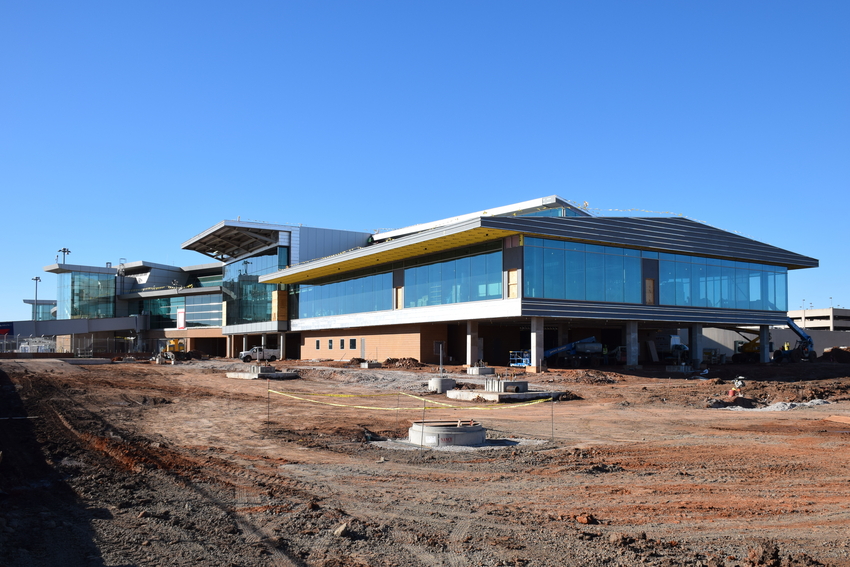 As officials at Will Rogers World Airport work through an unprecedented decline in air travel at the same time they are implementing a significant terminal expansion, we reached out to Mark Kranenburg, Oklahoma City’s Director of Airports, to get some insight on what is next for the region’s largest airport.

VeloCity: This expansion was contemplated as part of the airport’s long-range plan developed more than 20 years ago. What are the goals of the work you are doing now?

Kranenburg: Our planning progress started in 1999 and this is the third phase of that work. This project really builds on the second phase we completed in 2006 that was mainly a functional and aesthetic improvement, but only netted one new gate.

The goals of this expansion and renovation project are constructing four new gates that will be the beginning of an east concourse consisting of ultimately nine gates (the other gates to be built on demand); construction of a larger, more functional security checkpoint; and new concessions. We’ve dramatically improved public circulation with a large open space lobby prior to entering security, and a double-volume space we call the atrium when you come out of security, large meeter/greeter lobbies, and a 4,200 square foot mezzanine level where non-ticketed visitors will have 180-degree views of the airfield while they see off family and friends or wait for arriving passengers. The new concourse is 30-feet wider than the west concourse and includes a nursery, a second pet relief area and new expanded restrooms. In total, we are adding 136,000 square feet of new space and renovating another 21,000 square feet.

How is the work progressing and when will people start to see the changes?

The expansion is on track to be complete later this summer. The areas of renovation will continue after we open the new space. We also have an apron paving project going on at the same time, so we are at a point in the project where we are threading the needle so that as construction is complete in the new space, the paving project has to be complete before we can set the new passenger loading bridges, and then also outfitting the new spaces with furniture and other equipment. I give credit to the design team, Frankfurt-Short-Bruza Associates; the contractor, Timberlake Construction; and the paving contractor, Duit Construction, who are working to pull all this together. And of course, our airport team who is involved every step of the way.

What can we expect with the rollout on the new concessions?

First, I want to say how incredibly fortunate we are to have