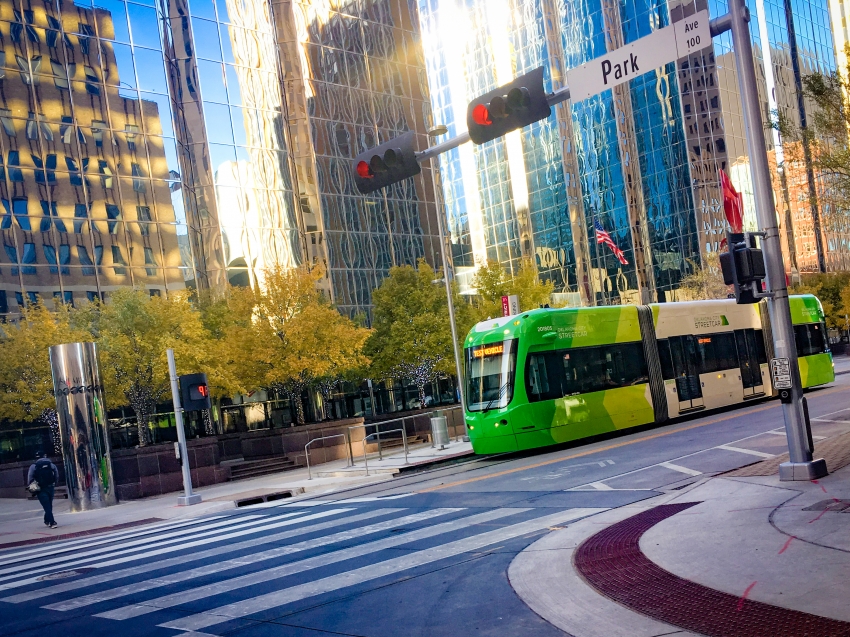 Commuter rail service in the Oklahoma City metro is one step closer to becoming reality following passage of Chamber-supported legislation that grants limited tort liability protections for any future commercial operator of the rail line. The measure, Senate Bill 967, was recently signed by Oklahoma Gov. Kevin Stitt and will become law on Nov. 1, 2021.

The Greater Oklahoma City Chamber played a pivotal role in helping pass SB 967, which is a critical piece to any realistic hopes of introducing future commuter rail service in the Oklahoma City region. SB 967 was authored by Sen. Adam Pugh (R-Edmond) and Rep. Ryan Martinez (R-Edmond).

“It was a great win and great team work to get SB 967 approved 89-1 in the House and 45-0 in the Senate. There were a lot of people who pitched in to get this bill passed,” said Derek Sparks, senior manager for government relations at the Chamber. He noted the contributions of Sen. Pugh and Rep. Martinez; the Regional Transit Authority (RTA) board members, including its chairman, former Oklahoma Gov. Brad Henry; Scott Martin, president and CEO for the Norman Chamber of Commerce; Mike Patterson, former state secretary of transportation and others.

“It all came together wonderfully, and the Chamber was honored to be part of the process,” Sparks said.

“This is a huge step forward because if we did not get this legislation passed, it is a pretty big roadblock for us to overcome. And the way this legislation was passed with the full support of the Legislature, it will be very impressive to BNSF Railway during our future negotiations,” Henry added.

During their April 21 meeting, the RTA unanimously approved the Transit System Plan that will serve as the guiding document for the next 10 to 25 years to eventually bring bus rapid transit, commuter rail and a light rail system to the OKC metro.

“The planning process to get us to the Transit System Plan has certainly been robust. The entire process was very efficient, and we got it completed in a short amount of time. It really does set us up for the next step, which is to get us to where we have a project or program of projects that can be reviewed and considered by the [Federal Transit Administration],” said RTA Interim Executive Director Jason Ferbrache.

Creating the vision and formulating the goals were the first steps in developing the Transit System Plan for the Central Oklahoma region, which also included determining the potential corridors for rapid transit. The RTA’s plan is to obtain federal grant funds from the FTA; however, it must first seek approval of the plan from the Association of Central Oklahoma Governments (ACOG) before proceeding any further.

If eventually approved by ACOG, the plan will then be included ACOG’s long-range regional plan as required by the federal government for the project to be eligible for federal funding. ACOG played a major role in getting the cities of Oklahoma City, Edmond, Moore, Norman, Midwest City and Del City, as well as various other groups, together to develop a transit study.

Besides the FTA, there are other public entities or agencies that have played key roles throughout the planning process, including the Federal Highway Administration; Federal Railroad Administration; Oklahoma Department of Transportation; existing transit operators such as the Central Oklahoma Transportation and Parking Authority, which operates EMBARK; CityLink Edmond; and the City of Norman.

Four regional corridors were identified in the plan that would quickly and efficiently transport people to various “regional activity centers,” including educational institutions, commercial centers and entertainment areas.

This article originally appeared in the May 2021 edition of The Point!