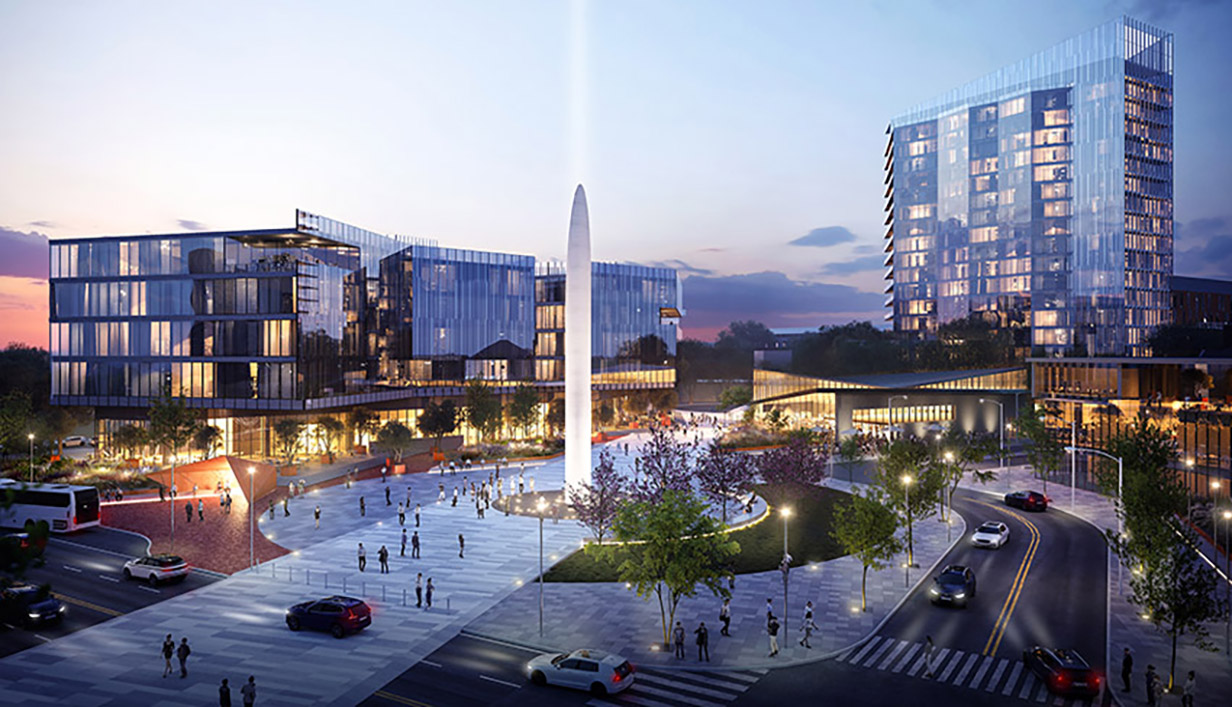 The goals of the Innovation District are to develop a place where innovation and entrepreneurship flourish and where people can congregate, collaborate and network to share ideas, leading to new companies, inventions and technology breakthroughs. This 1.3-square-mile area now has a land use plan to better guide future development.

The Perkins + Will land use and strategic development plan was completed in December of 2019. The plan addresses key considerations identified through community engagement and input from nearly 500 area residents, employees, workers, business owners, students and others who frequent the district.

Now, many of those recommendations are captured in a land use plan that will be presented to the Planning Commission and ultimately, to City Council for adoption later this fall into the city’s comprehensive plan, planokc. This step takes expert recommendations, combined with the input from businesses, residents and stakeholders, and provides guidance for future infrastructure improvements and new development.

The land use plan calls for two redeveloped and expanded commercial corridors on the borders of the district. One will be along NE Fourth Street, east of Lincoln, and the other on NE 23rd between Lincoln and I-235. These are areas for appropriate retail growth, with NE Fourth Street once being a vibrant commercial area.

The land use plan also calls for mixed use with higher density housing combined with retail and office space in the area east of I-235 and roughly between NE 13th and NE Eighth Street and fronting Lincoln Boulevard. There are also areas preserved for general urban development where single-family homes and neighborhoods already exist.

The land use plan is an important guide for the city of Oklahoma City; establishing what should be built, where and at what density so that future new development fulfills the plans and wishes of our citizens and the expert urban planners.

The plan will allow for public comment through meetings of the Planning Commission followed by the City Council. For more information about the land use plan, visit www.okc.gov/departments/planning/current-projects/innovation-district-land-use-plan.