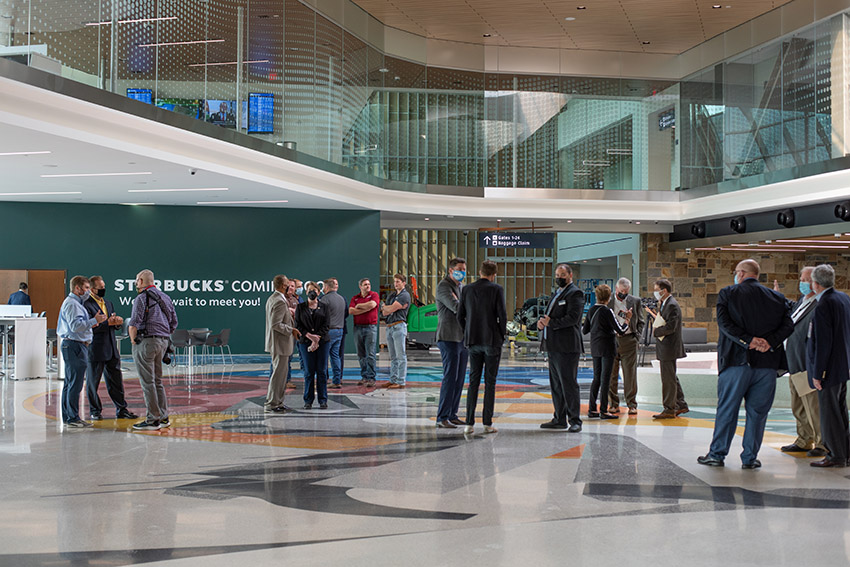 The addition of the new nonstop service to Austin, Texas brings the average number of daily departures by American Airlines from OKC to 21 which includes Dallas/Ft. Worth, Chicago, Charlotte, Los Angeles, Philadelphia, Phoenix and Washington, D.C and brand-new nonstop service to La Guardia Airport beginning November 2.

“We appreciate American’s commitment to Oklahoma City by adding Austin and La Guardia markets for our passengers” says Scott Keith, Interim Airports Director. “Austin is one of our largest markets without nonstop service and a popular destination for our passengers and New York LaGuardia has been a much sought-after destination; one that will greatly enhance the air service options for our leisure and business travelers.”

“American is eager to connect Oklahoma City with Austin and New York-La Guardia with new nonstop service,” said Brian Znotins, American Airlines Vice President of Network Planning. “With these additions, American offers more nonstop flights from Oklahoma City than any other airline, and they’re in direct response to customer demand in all three regions. Whether our customers are traveling for business or reconnecting with family and friends, we look forward to welcoming them on board.”

The flight will utilize the Embraer 175 (E-175) aircraft offering two classes of service.