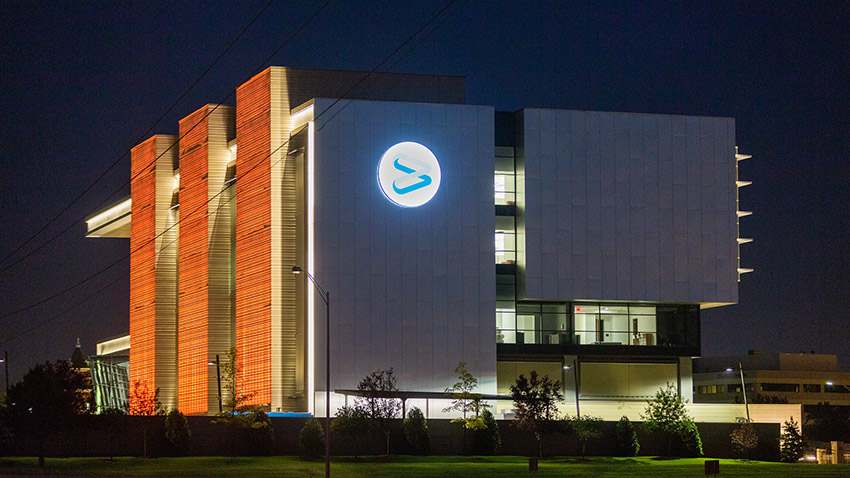 If you have lived in Oklahoma City for any period of time, you probably are well aware of the importance Tinker Air Force Base is to the community. As the state’s largest single-site employer with a workforce of around 26,000 people, Tinker continues to generate a huge economic impact to the region. In addition to Tinker, there are also numerous aerospace contractors and subcontractors throughout the metro providing services to Tinker and other federal agencies as well as many other aviation and aerospace companies producing goods and services for the commercial market.

Business owners and leaders will tell you that having a knowledgeable and skilled workforce is imperative in order for their businesses to succeed, regardless of the type of business or industry sector they are in. And aerospace is no different. That is why the recent announcement that the U.S. Department of Defense awarded Oklahoma State University’s College of Engineering, Architecture and Technology (CEAT) a $6 million grant to develop education programs in science, technology, engineering and math (STEM) for economically disadvantaged or underrepresented students is so important.

College officials said the DoD will administer the $6 million grant over the next four years as part of its National Defense Education Program. The goal is to produce more engineers in Oklahoma and to create pathways to innovation. OSU will be working with Oklahoma City Public Schools, Mid-Del Public Schools and Millwood and other schools across the state to help kindergarten through 12th grade students understand they can have meaningful and exciting STEM careers.

“If you look at Oklahoma City Public Schools, MidDel and Millwood, approximately 80% of their students of people of color or Hispanic, and are economically disadvantaged,” said CEAT Dean Dr. Paul Tikalsky. “Very few engineers come from these 55,000 students right in the center of our state’s largest city. That seems crazy. We can maybe by tenfold increase the number of engineers that are generated from these three school districts through this grant.”

Building a pipeline of STEM students will be the key to increasing the number of engineers in the state, Tikalsky said, but the key will be not just getting kids excited about STEM but to get them to actually use STEM every day and to think about how engineers think.

“We want to actually make sure they know how to use math and use science to understand the world around them, to recognize good statistics from terrible statistics and to understand when people talk about our DNA, or whatever it happens to be, that they have the tools and curiosity to go figure out solutions to next generation challenges. That’s the key for us to create any engineer because they are people that ask the question – what is it, how does it work and can I make it better?” Tikalsky said.

“There aren’t a bunch of kids who can’t get into engineering school in Oklahoma; there are just not enough prepared to apply. You do have to have a certain ACT and understand math and science, but you don’t have to be perfect. You have to like it and be curious. That’s what we are trying to do here is to get kids’ skill levels high enough so that they can excel at the next level,” he said.

OSU DISCOVERY, which is located in the heart of the Oklahoma City Innovation District, will serve as the official hub for the college’s STEM education initiatives. Several public and private entities, including Northrop Grumman, Boeing, Mint Turbine, Skydweller Aero, Devon Energy, Baker Hughes, AT&T, Tinker AFB and others, are partnering with OSU in this initiative.

“All of those entities want to help these K through 12 kids and figure out what they can do to help. We’ll have more companies jumping on board in that same way. The $6 million is probably going to create another couple of million (dollars) for the industry to help us,” Tikalsky said.

One way industry partners are going to assist OSU throughout the duration of the grant is by providing expertise to participating teachers and K-12 students in the form of younger engineers.

“Those companies are full of 25-year-old engineers. If they can come and say, ‘Listen, I graduated from college two years ago and make $100,000 a year, and I’m an engineer and was sitting in the same chair you were five years ago, and I had no idea that this was my life.’ “When they see that, some kids will say, ‘Really? You just came from this chair and went there?’ “That’s what we really want to excite them about. It’s not just about money but also solving problems for NASA or perhaps our next generation of security issues for oil and gas or clean energy,” Tikalsky said. Activities surrounding the grant have already begun at OSU, including recently hiring a new program director, Dr. Jovette Dew, who is already meeting with officials from such places as the Oklahoma City Black Chamber of Commerce, Urban League of Greater Oklahoma City and the Latino Development Agency in Oklahoma City. The program will fully kick off by next summer with weeklong camps planned for up to 2,000 kids.

This story originally appeared in the December 2021 edition of the VeloCity Newsletter.