2021 brought multiple new opportunities to OKC, more to come in 2022 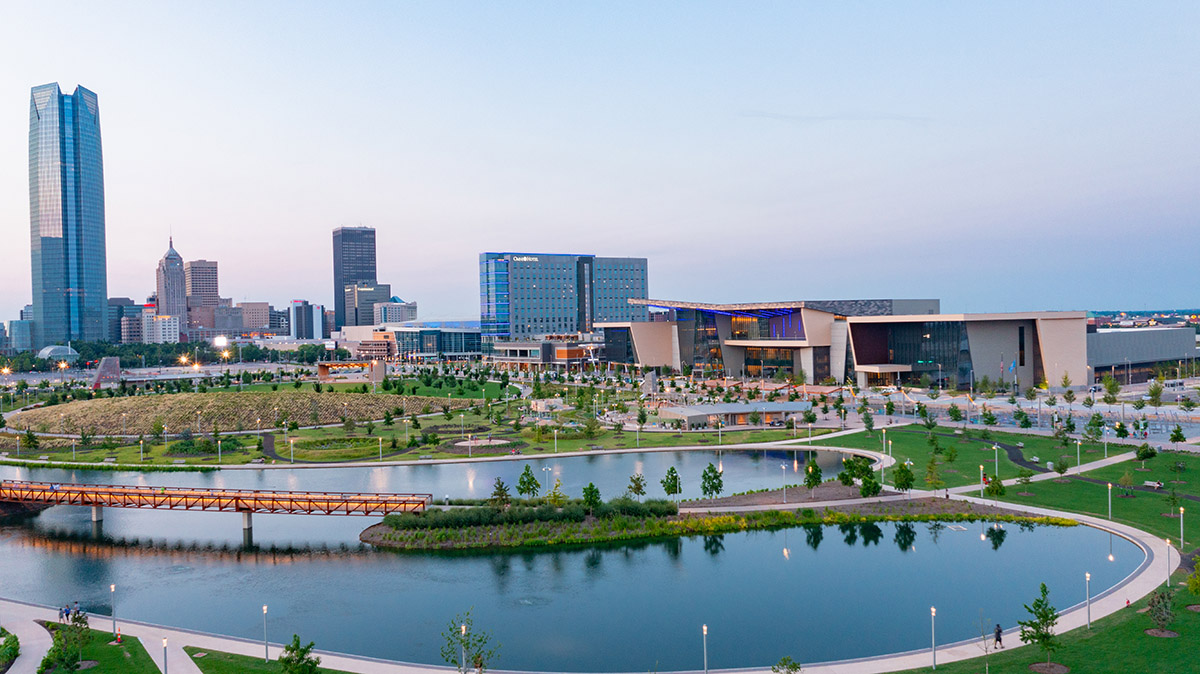 In 2021, Oklahoma City saw impressive growth and brought in multiple new opportunities for employment, including the opening of the OKC Convention Center. Over the last decade, our city has been one of the top six fastest growing cities in the nation, and our growth trajectory doesn’t seem to be slowing down.

Given the combination of companies relocating to our community, existing business expansions, and the introduction of new startup accelerator programs, there are few places as good as Oklahoma City for the opportunity-seeker.

With more than 170,000 people new to our community in recent years, businesses and individuals alike have taken note that Oklahoma City is a place where people want to live and find employment.

Last year, some of the largest job announcements for the OKC metro included the new Signify Health service center, Consumer Cellular’s expansion into Oklahoma City, Corken’s growth of operations (along with parent company IDEX), the opening of the OMNI hotel, the new prep kitchen for Mom’s Meals, Carvana’s new Inspection and Reconditioning Center, and the new United Dynamics engineering center in downtown Oklahoma City. Collectively, these businesses will bring over 1,500 jobs to Oklahoma City.

Not only will these companies bring new jobs to Oklahoma City, but they are helping raise the standard for compensation. The average annual salary of a full-time Consumer Cellular employee will be $54,000, which is slightly above the current average salary for jobs in Oklahoma City.

Other notable announcements of 2021 included the expansion of Tinker Airforce Base and Pepetools. As an economic diversifier, Prairie Surf continues to lead the way for the growing film industry in Oklahoma supporting creatives and empowering storytellers. The biotech industry is following a similar trend with places like Wheeler Bio paving the way for biomanufacturing and the announcement that Oklahoma City was a finalist for the U.S. Economic Development Administration’s “Build Back Better Regional Challenge” and will receive a $500,000 to grow the biotech innovation cluster.

Interest in supporting the innovation scene is not limited to the bio sector. Startup accelerators like gBeta Oklahoma City are helping make new business come to life within our community. The first cohort of businesses successfully completed the program this fall and gave their pitches to a public audience on Dec. 2, 2021. Over a seven-week period, the group of five teams was supported with mentorship, coaching, relationship-building, and learning sessions to support their future growth and success. The first cohort of companies included: Flash Holr, Get Caddie, Imperial Bioworks, Landguest, and Roop Living.  The next seven-week program will begin in April.

The 2022 Idea Accelerator program, conceived in collaboration between Heartland Forward and its partners, Builders + Backers, the Oklahoma City Chamber of Commerce and the Inasmuch Foundation, is also stimulating entrepreneurship and allowing individuals to pursue problem-solving business ideas. Applications for the first group of 10 builders in Oklahoma City closed in December, and the first 90-day program will begin on Jan. 21.

As we look ahead at 2022, job opportunities will continue to arise through both large companies and smaller businesses—in a variety of sectors. The First National Building is nearing completion, the Renaissance hotel in Bricktown will be ready for service mid-spring, Bar K will open in the Boathouse District this summer, and more.

This article originally appeared on The Better Life blog.