CREC: Many commercial projects in the pipeline 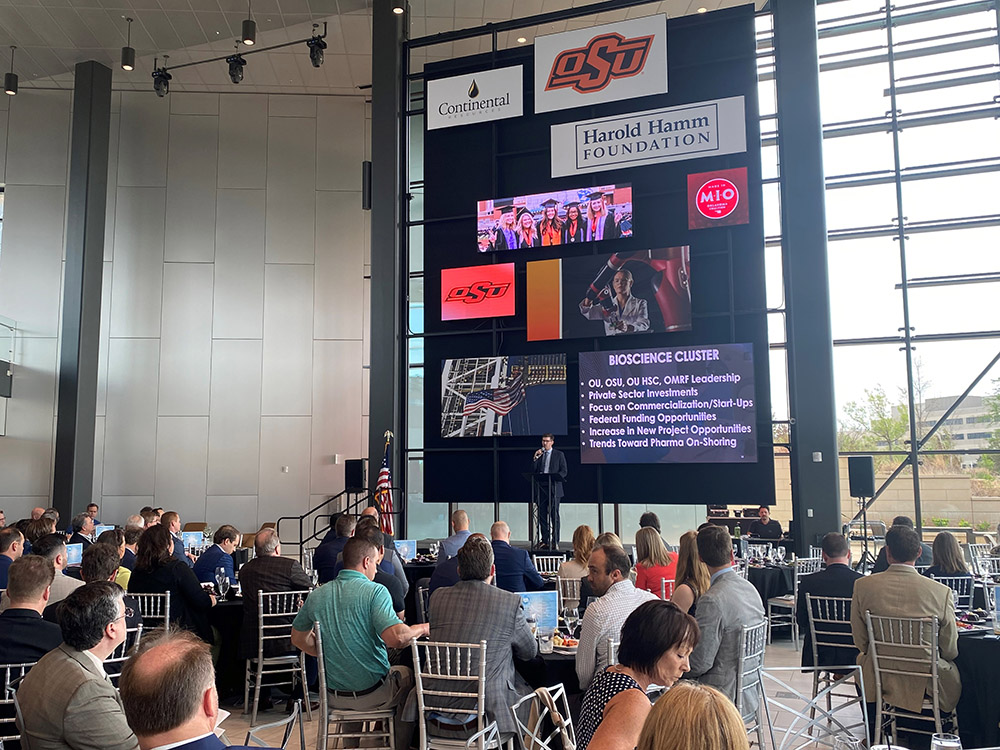 Manufacturing and distribution facilities are leading the way when it comes to commercial development projects coming online in Oklahoma City.

“We are being flooded with new projects,” Jeff Seymour said Thursday during the Commercial Real Estate Council of Oklahoma’s 2022 forecast event.

Of 86 current projects in some stage of the pipeline, 68% are manufacturing or warehouse facilities, said Seymour, vice president for economic development at the Greater Oklahoma City Chamber.

The demand for quick delivery of items and the desire to build domestic manufacturing capacity in response to supply chain delays are fueling the two sectors, he said.

Peter Ricchiuti, a business professor at Tulane University, pointed out manufacturing is at the highest level ever, but it requires far fewer workers today. Ricchiuti said 87% of job losses in manufacturing are due to automation and robotics.

Aerospace is the sector with the next highest number of projects in the pipeline, Seymour said. The growing industry brought 50 new companies to the metro area from 2016 through 2019 and today employs about 43,000 people in government and private sector jobs, he said. Additionally, Oklahoma City’s talent pool includes 95,000 military veterans.

Long-term demand for office space and what it will look like is still somewhat unknown, but workers are starting to return to the office, Seymour said. Some companies are choosing a hub-and-spoke model or looking for a smaller footprint with a more creative feel in order to retain employees, he said.

“We are seeing midsized offices coming out of the ground,” Seymour said.

On a large scale, JRB Citizen has announced plans for a 12-story, 160,000-square-foot building called Citizen. Groundbreaking on the $65 million project at the northeast corner of Robinson Avenue and NW Fifth Street is expected this fall. The Citizen will be a commercial mixed-use office building. Non-office uses likely will include retail, restaurant and hospitality.

Bond Payne, managing partner of JRB Citizen, told the chamber: “This project expands upon the success of The Heritage and is the first high rise to be designed and built in Oklahoma in the post-pandemic era. It’s a unique opportunity for us to rethink how people will work and socialize in the future. We are excited about the opportunity to invest in our community.”

Seymour said this month’s opening of the First National Center downtown highlighted “the sheer sense of excitement” for what is happening and what is to come.

Oklahoma City’s location in the middle of the Interstate 35 corridor from San Antonio to Kansas City is another bright spot. “The I-35 Megalopolis is the fastest-growing area both in jobs and people,” Seymour said. “That obviously bodes well for Oklahoma City.”