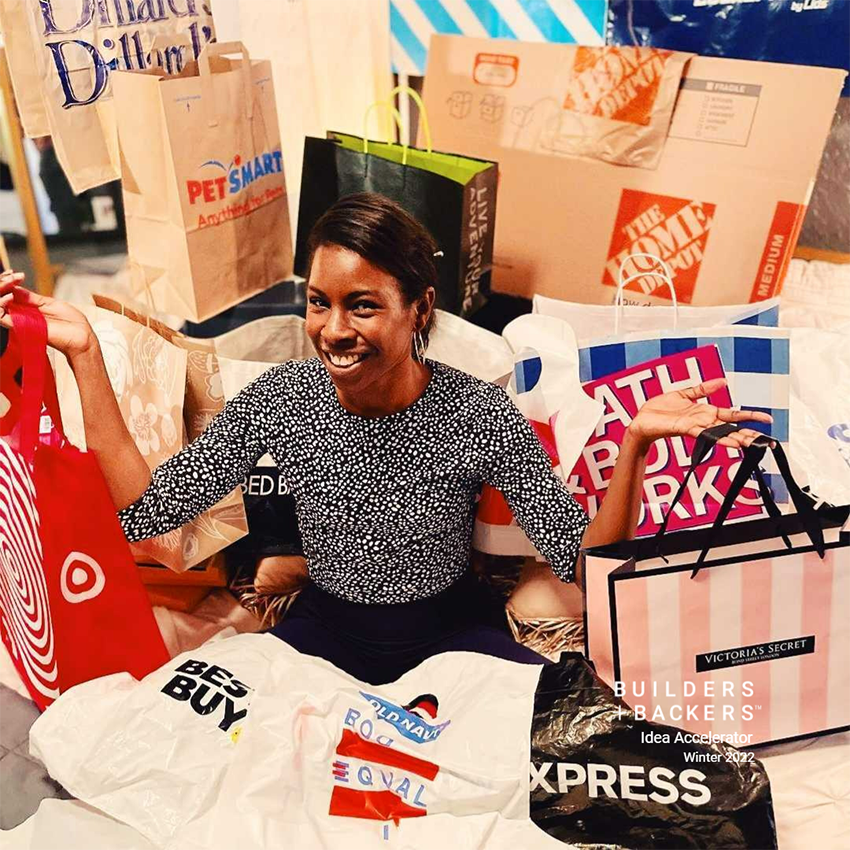 Jenae Goodin is the mother of two daughters, and the youngest tends to be a bit of a momma’s girl.  This was on Goodin’s mind as she was preparing to be in her friend’s wedding. She would be carrying around her youngest most of the day. Wouldn’t it be great, she pondered, if she could find something for her daughter to wear that matched the beautiful wine-colored dress she would be wearing for the wedding?

Like many experienced online shoppers, it didn’t take long before Goodin was switching between 20 or so tabs and trying to remember which online store had what and which had that great sale. As her frustration set in, she realized it would be great if she could put all these items, across different online stores, in one “big ass bag.”

It was a simple idea, right? Surely, someone had thought of this and created it already? Goodin quickly discovered that while others had tackled pieces of this problem, nobody had developed a consumer-centric tool that worked across all online stores. Thus, from simply trying to find something for her daughter online, Big Ass Bag (BaB) was born.

This probably happens countless times every day across the United States. A normal person has a really good idea to help solve a problem or make someone else’s life just a little easier. But is this idea a business? Is it scalable? Would people pay to solve that problem?

For people who aren’t involved in the entrepreneur ecosystem, asking those questions, let alone answering them, might not even be considered. That is where Builders + Backer’s Idea Accelerator program comes in, says James Atkin, head of community and public engagement for Builders + Backers.

“Only 4,500 startups got their first venture check last year. In a country of more than 330 million people, that’s a very low number of new ventures,” said Atkin. “It is emblematic of this problem of lack of entrepreneurship that happens in our communities. There can be a perception that if you didn't go to Cornell or MIT, have a CS degree, or have started four companies and funded three, you are not an entrepreneur and you don’t belong in this space.”

Read the full story on GreaterOklahomaCity.com.