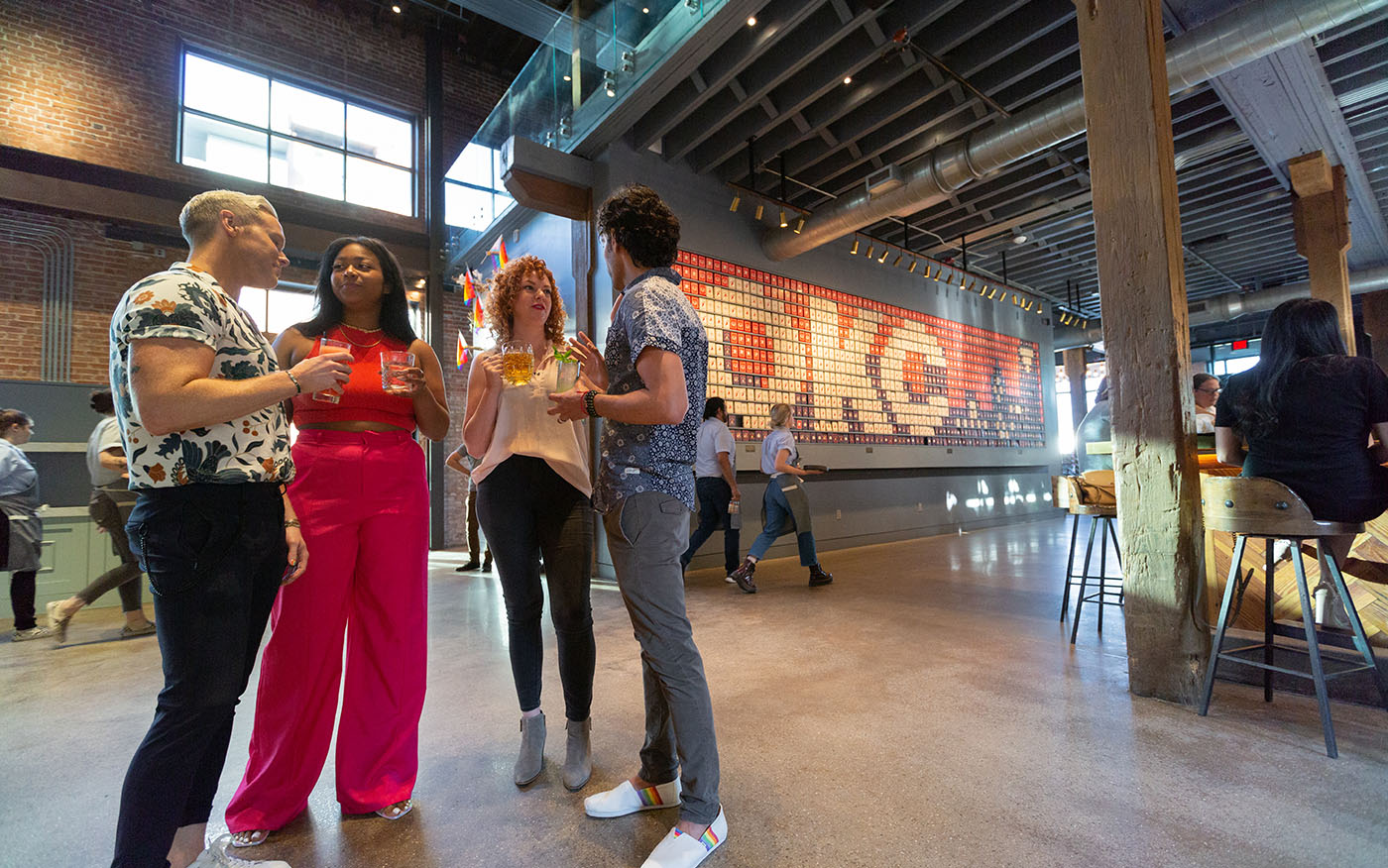 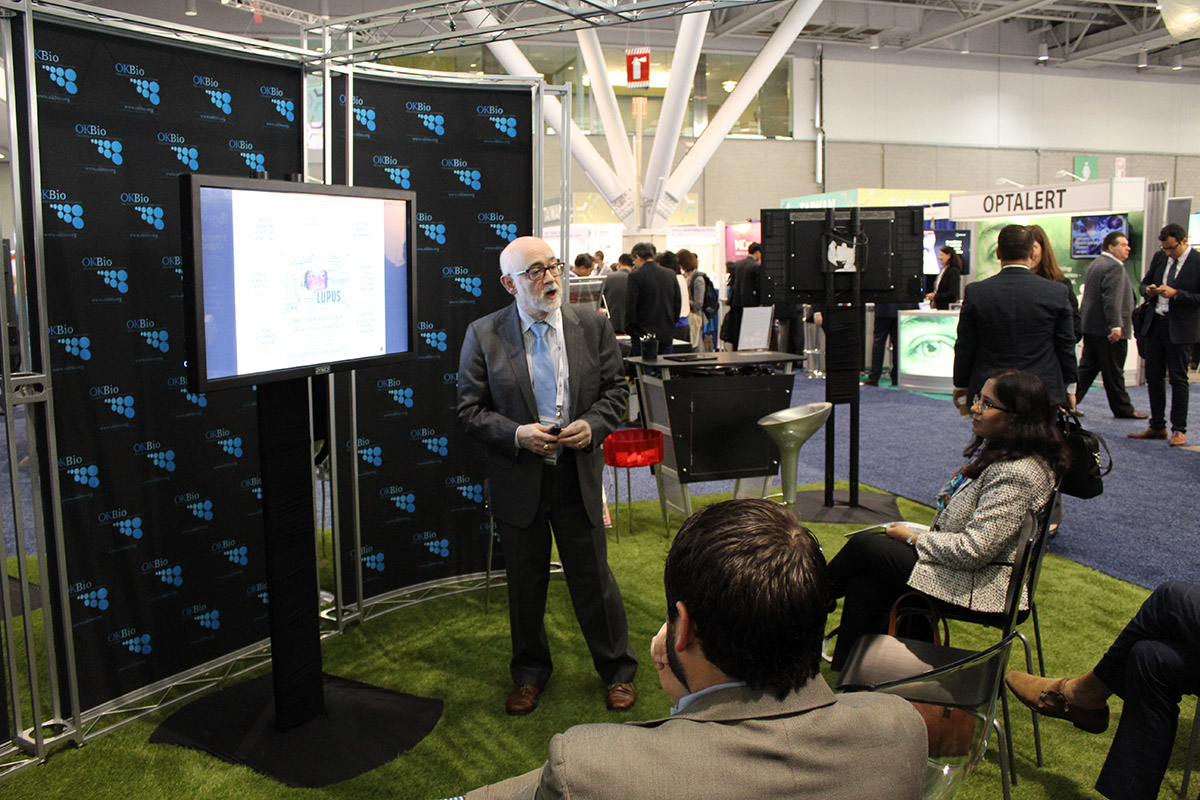 Oklahoma City has steadily – and intentionally – transformed itself into an emerging bioscience and biotechnology player over the last few decades, garnering attention from across the nation and globe. One national publication earlier this year even named Oklahoma City as one of five emerging life science development hubs. That notoriety was not achieved by accident, nor has it been an easy path. Rather, it has been realized through the cooperative and collaborative efforts from a number of public and private entities and leaders, all of whom understood the importance of diversifying Oklahoma City’s economy in this increasingly global marketplace.

A good example of how public and private entities and individuals are coming together to help grow Oklahoma City’s bio industry is by attending the Biotechnology Innovation Organization (BIO) International Convention each year. This year’s convention will be held June 13-16 in San Diego and will provide attendees with ample opportunities to network with thousands of global biotechnology and pharmaceutical leaders and companies. Under the OKBio banner, Oklahoma will have its own exhibit space at BIO 2022 to promote Oklahoma and its growing bioscience and biotechnology industry. In addition to Chamber staff, officials representing many of OKC’s leading bio companies will be in attendance, as will the Oklahoma Medical Research Foundation, Oklahoma State University and i2E, a private, not-for-profit corporation working directly with entrepreneurs, researchers and companies to help them commercialize their technologies, launch and grow new businesses and access needed capital.

Many Oklahoma City residents understand what a thriving bioscience sector means for the long-term economic viability of OKC. For instance, one of the 16 projects approved by OKC voters as part of the Metropolitan Area Projects (MAPS) 4 initiative is a $10 million matching grant that will go toward the construction of an innovation hall in the city’s Innovation District. The innovation hall will serve as a central place where activities to grow Oklahoma City’s innovation economy can be facilitated.

“This show continues to be one of the largest bio-specific tradeshows in the world and provides us with opportunities to highlight existing companies, technologies and partnerships working in the space and to have conversations with potential new investors. In addition, it is a great opportunity to showcase our capacity in this space,” said Jeff Seymour, the Chamber’s executive vice president of economic development.

This entrepreneurial spirit has served Oklahoma City well as OKC’s bioscience and biotechnology sector has grown into a nearly $7 billion industry and boasting a workforce of approximately 50,000. With established bioscience players such as OMRF, where researchers have made ground-breaking discoveries for several major human diseases; the University of Oklahoma Health Sciences Center and its seven medical schools; pharmaceutical manufacturer Cytovance Biologics; and relative newcomer and bio-manufacturer Wheeler Labs, who in 2020 developed Oklahoma’s first at-home COVID-19 test, Oklahoma City is poised for continued growth in the bioscience and biotechnology sector.

An array of Oklahoma City companies have already established their own footprint within the bioscience and technology space, and there are a variety of startups that are on their way to achieving success and creating their own unique footprint as part of this incredibly important sector. It is no surprise then that they and other fellow startups, not only in the bio world but in other emerging or established business sectors, had their genesis in OKC. After all, OKC has developed a reputation of being a great place for startups. In fact, one recent publication named OKC as the No. 12 city for startups, while another named OKC as an emerging future hub for life sciences development.

With such a conducive environment in Oklahoma City for established and startups alike to succeed, bio companies have sprung up around Oklahoma City in recent years, including Moleculera Labs, which has been around for almost a decade, and recent startups ParaNano Wound Care and Excitant.

Moleculera Labs has been an integral part of the Oklahoma City biotechnology scene for almost a decade, conducting research and blood testing on infection-triggered autoimmune neuropsychiatric disorders. Through a panel of five tests researched by University of Oklahoma Professor and Co-Founder Dr. Madeline Cunningham, it was commercially developed, validated, and launched by Moleculera Labs. This patented panel allows clinicians to determine if a patient’s neuropsychiatric disorder is being caused by autoimmune antibodies triggered by an infection and attacking parts of their brain or nervous system. Knowing this information allows clinicians to treat the root of the problem rather than just the symptoms, said Moleculera CEO, Co-Founder and OU Professor Dr. Craig Shimasaki.

“I like to use the tack theory analogy, that if you are sitting on a tack, the treatment isn’t two Advil every four to six hours; the treatment for tack-sitting is tack removal. For individuals who test positive, instead of just treating the symptoms with neuropsychiatric drugs, their doctor treats the underlying subclinical infections and the dysfunctional immune system. We hear some amazing recoveries as these patients get remarkedly well, even if they have been suffering for many years,” Shimasaki said.

Shimasaki shared a case of a 15-year-old girl diagnosed with schizophrenia who was on psychiatric medications, in and out of psychiatric institutions. and not improving. Doctors ran the Cunningham Panel of tests and discovered she was suffering from an autoimmune neuropsychiatric disorder with autoantibodies attacking her brain. The girl was treated with immunotherapy and plasmapheresis (replacing or removing antibodies), and within two weeks she was back to normal playing tennis and off all psychiatric medications.

Moleculera Labs has tested more than 13,000 patients from all over the world since its inception and has generated about $10 million in cumulative revenue, according to Shimasaki, and he said they are just getting started.

ParaNano Wound Care was formed in 2018 by University of Central Oklahoma (UCO) graduate Chelsea Larsen, CEO, who has successfully cofounded 3 companies, and Maurice Haff, CTO, who teaches entrepreneurship and innovation courses at the university and has successfully started three technology-based companies. He is also a registered patent agent.

ParaNano Wound Care has developed a special nanofiber membrane based on technologies licensed from UCO and the University of Manitoba. Larsen calls the membrane a biosensor that can detect whether a chronic wound, such as a diabetic foot ulcer, is developing an infection. The biosensor will change color if it detects a rise in bacteria within the wound. Early detection and color change will alert patients or their caregivers to contact the physician in order to treat the infection in enough time to prevent other, more serious complications.

Larsen said they are currently working with Oklahoma State University’s New Product Development Center to help develop the biosensor, along with the University of Manitoba to help them improve the sensitivity of the biosensor. Larsen also won the Wound Shark Pitch competition at the Symposium on Advanced Wound Care spring conference in Phoenix, Ariz., last month. ParaNano Wound Care was one of just four startups out of 22 applicants selected to give a pitch presentation for their company or product.

“It was a great experience and further validated that the product we are commercializing will make a huge impact in [the wound care] industry,” Larsen said. “We treated this conference as somewhat of coming-out party since we have been operating a little under the radar.”

Started in 2018 by three University of Oklahoma researchers – Dr. Jay Ma, Dr. Adam Duerfeldt and Dr. Henry Shin – Excitant Therapeutics’ mission is to develop an oral drug that can more effectively treat diabetic retinopathy (DR) and age-related macular degeneration (AMD). There are currently no FDA-approved oral drugs to treat either DR or AMD. The only drug treatment available for patients with these eye diseases is through invasive eye injections.

According to Dr. Shin, since Excitant officially began operating in 2019, the pharmaceutical company has received approximately $1 million in Small Business Innovative Research grants from the National Eye Institute to help them continue their research. The SBIR program is highly competitive for companies looking to commercialize their innovations.

“Startups like Excitant may be small, but we focus on the transformational technology that could improve health-related quality of life for millions of people and create ripples in the economy,” Shin said. “We envision that our experience, and hopefully success, will ultimately pay back to Oklahoma’s bioscience ecosystem for even more growth and innovation.”