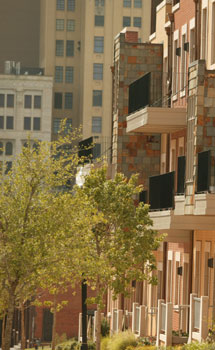 One key aspect that makes Oklahoma City such a uniquely livable region is its affordability. Unlike many metropolitan areas today, you can afford to live in a quality home, while still enjoying the area's arts and entertainment, as well as traveling and engaging in other recreational interests.

Oklahoma City offers affordable living and remains one of the most affordable major metropolitan areas in which to live. The cost of living index measures the differences in costs of 57 consumer goods and services, excluding taxes, across 300 cities nationwide. At the end of 2013, the composite index for the Oklahoma City MSA was 90.3, or 9.7 percent below the National Average of 100.

The home market in Oklahoma City offers an impressive variety of housing at one of the nation's most affordable rates. Home prices range from $60,000 to more than $359,000 for single-family homes, with condominiums and townhouses ranging from $65,000 to $300,000.

Another distinct advantage in the Oklahoma City region is the variety of housing options available. From modern, urban loft in the heart of downtown, to a historic home on tree-lined streets, new suburban homes, or the simple life of a smaller community within a short commute, Greater Oklahoma City offers a wide choice of desirable neighborhoods.

Also available are hundreds of rental apartment complexes ranging from brand new luxury complexes to modest, garden-style apartments with rental prices ranging from $600 to $1,500. In fact, the average 950-square-foot apartment in Oklahoma City costs $767 per month, compared to $1,435 in Houston, or even higher in other cities.

Here are some additional resources to help you find a home: