A Community Committed to Education 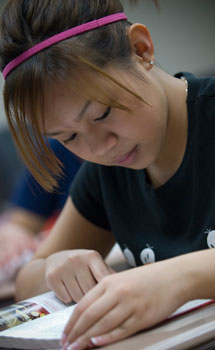 Quality, commitment and accountability - these are just a few of the words that reflect the sweeping changes and improvements in education for the Greater Oklahoma City area.

When civic, business and education leaders applied their talents to address the needs of the area's largest school district, Oklahoma City Public Schools, they developed a blueprint that has changed the urban district's learning landscape forever.

This innovative vision for our school system helped Oklahoma City earn a spot as one of the "100 Best Communities for Young People" by the America Promise Alliance in 2005, 2007 and 2008.

There are also several excellent suburban school districts adjacent to Oklahoma City, including Putnam City Schools, which was named by Money magazine as one of the nation's "100 Top Schools in Towns You Can Afford." In addition to Oklahoma City and Putnam City Schools, other school districts located in Oklahoma County include: Choctaw / Nicoma Park, Crooked Oak, Deer Creek, Edmond, Jones, Luther, McLoud, Mid-Del, Millwood, and Moore.

Oklahoma students score above the national average on the SAT and have seen the largest performance increase on the ACT test over the last 13 years in the Southwest Region. In fact, the Oklahoma School of Science and Mathematics (OSSM), a tuition-free residential high school in Oklahoma City for juniors and seniors with exceptional ability in math and science, has achieved the highest composite ACT scores of any high school in the country twice since 1998, and has produced 225 National Merit Scholars in the 14 years it has been in operation.